The first AMD chips based on the company’s new Zen 4 CPU architecture are set to hit the streets starting September 27th, 2022. The chip maker says its new Ryzen 7000 series desktop processors deliver up to 29% better single-core performance and even bigger gains in multi-core performance, while also offering better performance per-watt than the previous-gen Ryzen 5000 desktop chips. 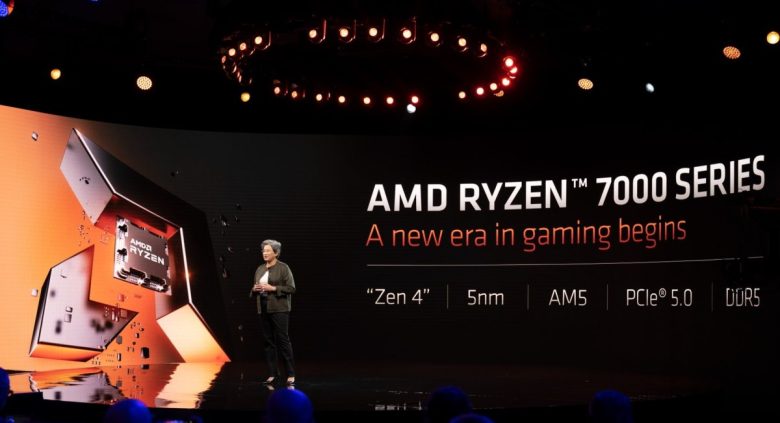 Here’s a run-down of the first four Ryzen 7000 series desktop chips, all of which should be available starting September 27th:

Across the board, the new chips feature Zen 4 CPU cores manufactured using TSMC’s 5nm process and a new 6nm I/O die with support for hardware-accelerated video encoding and decoding as well as support for other simple graphics. 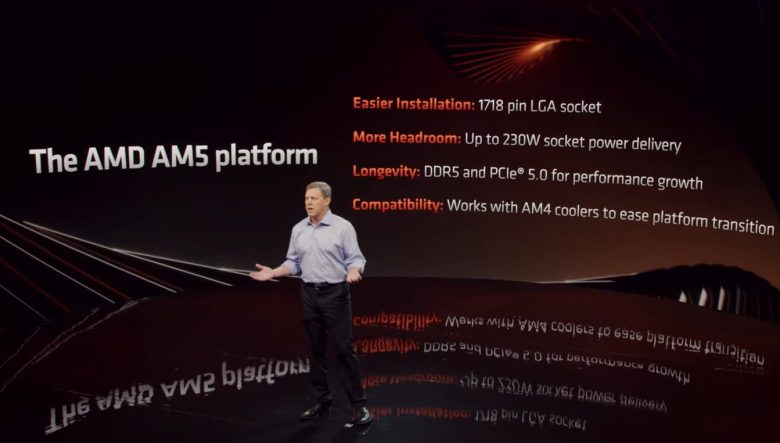 AMD is also introducing a new AM5 socket with support for up to 24 PCIe 5.0 lanes and DDR5 memory. AMD says motherboards with Ryzen the 7000-compatible sockets will begin to arrive in September with prices starting at $125. The company says it will support the AM5 socket at least through 2025, which means that a motherboard you buy this year should support next-gen AMD chips released over the next few years as well.

And the company hinted at what’s next, with new 5nm and 4nm Zen 4 chips featuring 3D V-Cache and Zen 4c chips expected in the coming year or so, to be followed by 4nm and 3nm Zen 5 chips by 2024. 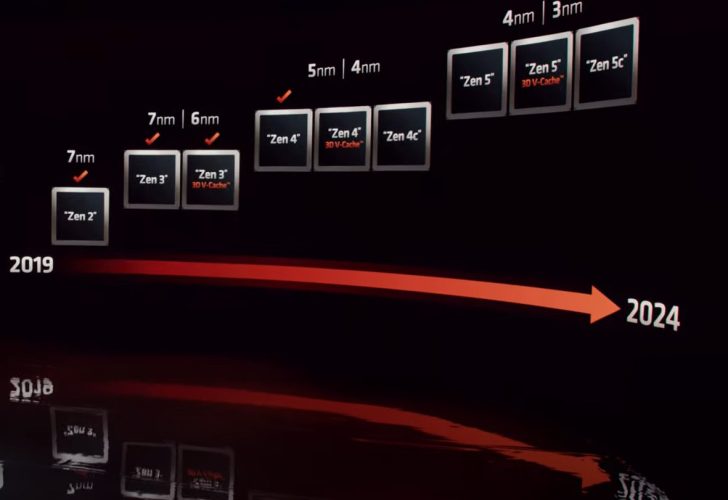