Chip maker AMD is outlining its product roadmap for the next few years as part of the company’s Financial Analyst Day, giving us a sneak peek at the what to expect from the Zen 4 chips that are set to launch later this year… and the Zen 5 processors that should arrive by 2024.

While AMD isn’t providing a lot of details about its next, next-gen Zen 5 chips yet, the company has dropped a few clues about how it will bring performance and efficiency improvements. 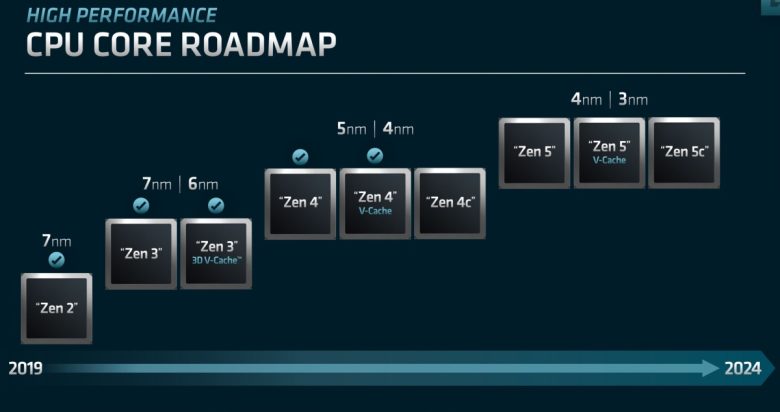 First of all, the company says Zen 5 is an “all-new” microarchitecture rather than just an iteration of Zen 4. Among other things, AnandTech explains that means pipeline improvements and building in new AI and machine learning optimizations. And the company will manufacture Zen 5 chips using 4nm and 3nm processes.

And that’s about all AMD is willing to say about Zen 5 so far. But the company is unsurprisingly a little more forthcoming about the Zen 4 architecture which will debut later this year in Ryzen 7000 desktop processors.

Those desktop chips will be the first Zen 4 processors to launch, and they’ll be manufactured using a 5nm processor. AMD says we can expect: 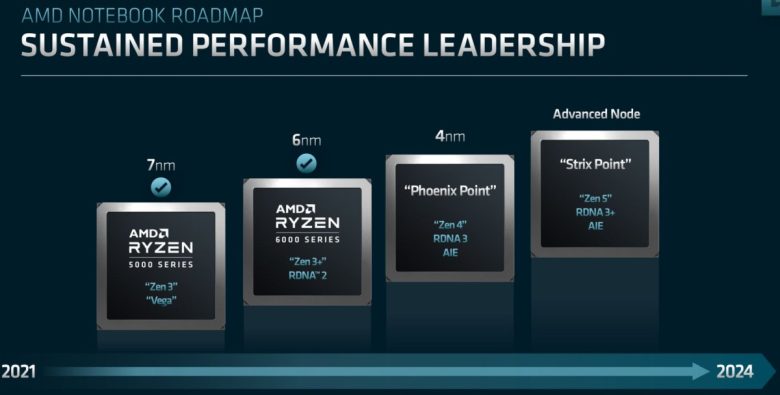 The chip maker has also teased the code-name for Zen 5-based laptop processors coming in late 2024. Those “Strix Point” chips will feature RDNA 3+ graphics and the latest version of AIE.

You can find a more detailed analysis of AMD’s news at AnandTech and Tom’s Hardware.