AMD’s latest laptop processors offer an impressive mix of performance and power consumption. But the current-gen AMD Ryzen 4000 “Renoir” series chips are based on the chip maker’s Zen 2 CPU architecture, not the newer Zen 3 architecture that was originally expected to be available this year.

So when is Zen 3 coming? In 2021, according to a leaked product roadmap.

That’s just one of a few new details revealed in a series of leaks over the weekend. 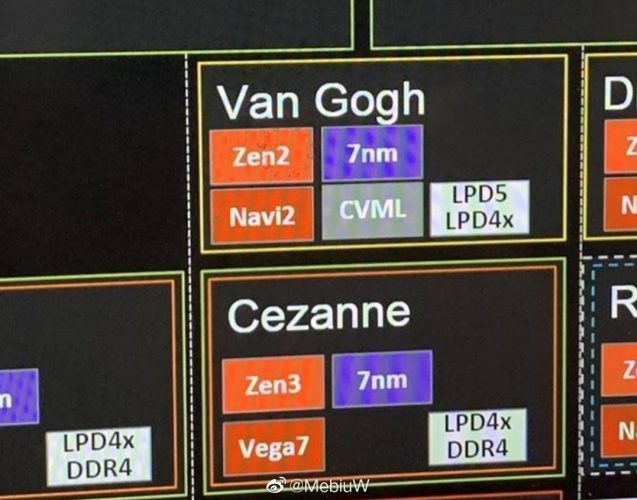 According to tweets from @MebiuW (1)(2) and @patrickschur_, here are some of the things we can expect to see from AMD in the next year or two:

According to @patrickschur_, here are specs for the first of the new Ryzen Embedded V2000 series processors:

Keep in mind that AMD hasn’t officially confirmed anything mentioned in this article, so there’s a chance that the leaks could be inaccurate and/or that plans could change before these chips make it to market.

via VideoCardz and wccftech