AMD is outlining its plans for 2018, and along with introducing new Ryzen Mobile processors, the company plans to bring its first Ryzen desktop chips with integrated graphics to market.

AMD has long used its graphics technology to help differentiate its chips from Intel’s. But while the first laptop chips based on the company’s Zen architecture included integrated AMD Radeon Vega graphics, the desktop Ryzen chips AMD released in 2017 had no GPU at all. Users had to supply their own graphics card.

AMD also plans to launch 2nd-gen Ryzen chips in April. They’ll be based on a new 12nm Zen+ architecture and they’re expected to offer about a 10 percent performance boost. 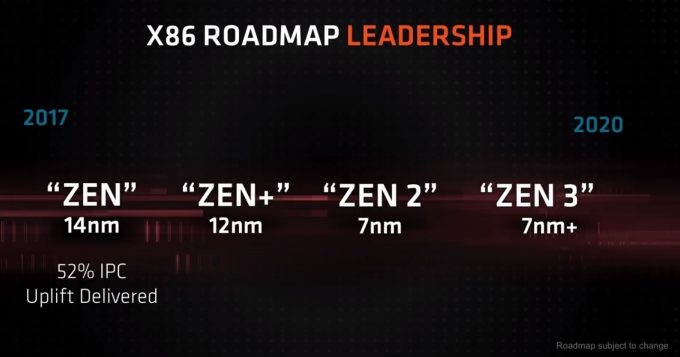 Eventually those chips will be replaced by 7nm chips based on Zen 2 architecture. And AMD says it’s on track to release 7nm+ Zen 3 chips by 2020.

We’ll also see the first “Radeon Vega Mobile” GPUs for thin notebooks this year, which will help AMD compete with NVIDIA in the ultrathin notebook space. 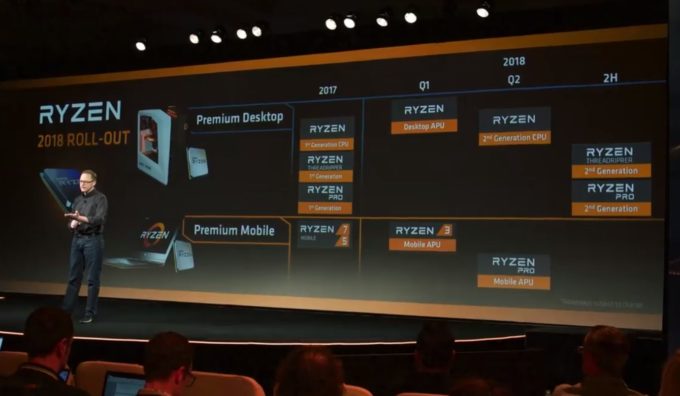