AMD’s first desktop PC chips with Zen architecture and integrated Radeon graphics are coming soon and AMD revealed a few details earlier this month. Now the company is providing more specs for the upcoming Ryzen 3 2200G and Ryzen 5 2400G processors, which should hit the streets in a few months for about $99 and $169, respectively. 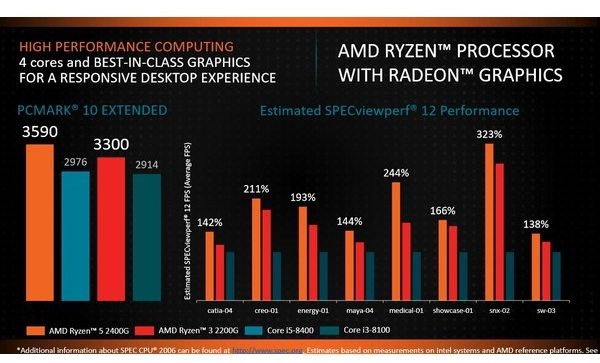 They’re also both quad-core processors, but only the Ryzen 5 2400G supports hyperthreading, which is just one of the features that makes it the more powerful (and expensive) option.

Here’s a run-down of what AMD’s first Ryzen G-series desktop chips has to offer:

AMD says the new chips should be competitive with Intel’s 8th-gen Core i3 and Core i5 desktop processors while selling for lower prices and featuring higher-performance integrated graphics… although you’re probably still going to want a discrete graphics card if you plan to do any serious gaming.

The new chips should work with current AM4 motherboards.