When AMD introduced its RDNA 3 graphics architecture last year, the company promised up to a 50% improvement in performance-per-watt. But the first RDNA 3 GPUs to arrive were designed for desktops. 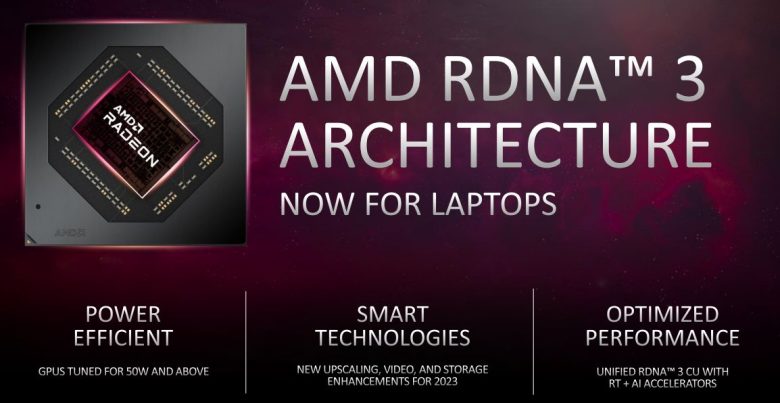 AMD says it new discrete graphics solutions for laptops offer up to 29% better 1080p gaming performance than the previous-gen Radeon 6000 series and incorporate the latest technologies for hardware-accelerated ray-tracing, color, frame rates, and AI, among other things.

Four Radeon 7000 series GPUs will be available at launch:

Across the board, AMD is promising faster frame rates for 1080p gaming, longer battery life, and faster video transcoding. A new HYPR-RX performance boosting utility is also coming this year, which will let gamers optimize their systems by choosing the graphics features they want to enable with a single click.