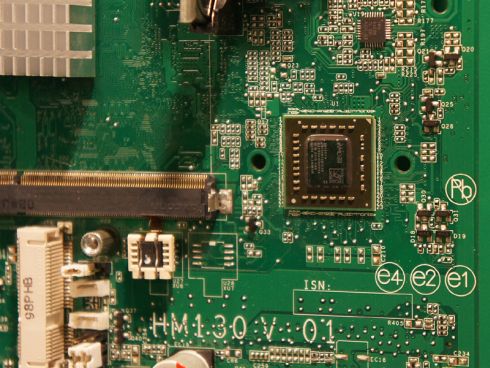 AMD recently unveiled a new low power chip called the C-50 for netbooks and laptops. The dual core chip has a TDP of just 9 Watts, which is comparable to the Intel Atom N550, but the C-50 also features high performance ATI Radeon HD graphics on the same chip.

Now it looks like AMD is tweaking the chip so that it can be used in low power tablet computers as well. While there’s nothing stopping PC makers from using the AMD C-50 in a slate PC, tablets are typically thinner and lighter than laptops, with less room for hefty batteries. The best way to provide long battery life is to use low power components.

Acer may be one of the first companies to produce a tablet using the new lower power AMD C-50 chip.