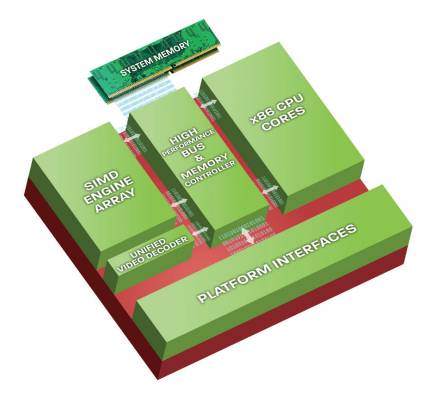 The cat has already been out of the bag for a while, but today AMD officially updated its C-Series and E-Series processors. Some of the new chips are designed to offer better performance and longer battery life than the AMD C-30, C-50, E-240, and E-350 chips that launched late last year.

All of the new chips offer support for HD video playback and DisplayPort ++ for use with HDMI or DisplayPort monitors or televisions. They also support DDR3 1333 GHz memory. Some of the new chips also support Turbo Core technology which allows multi-core chips to overclock one core while underclocking the other to improve performance while reducing power usage on certain tasks.

The new processors are designed for notebooks and netbooks and each uses less than 18W of power. While you should see better performance from some of these processors, they’re designed to be energy efficient chips that offer decent battery life. They’re not desktop-class chips.

Here’s a rundown of the new lineup: