AMD’s Ryzen processors have been getting a lot of attention over the past few years thanks to their competitive pricing and performance. But the company is introducing two new chips that aren’t intended to compete with Intel’s flagship “Core” series processors. They’re aimed at entry-level Chromebooks.

The AMD A4-9120C and A6-9220C are 6 watt, 28nm dual-core chips featuring Radeon graphics. HP and Acer have already introduced Chromebooks that will be powered by the new processors, with prices starting at $269 and $280, respectively. They should hit the streets within the next month or two.

But what can we expect in terms of performance? 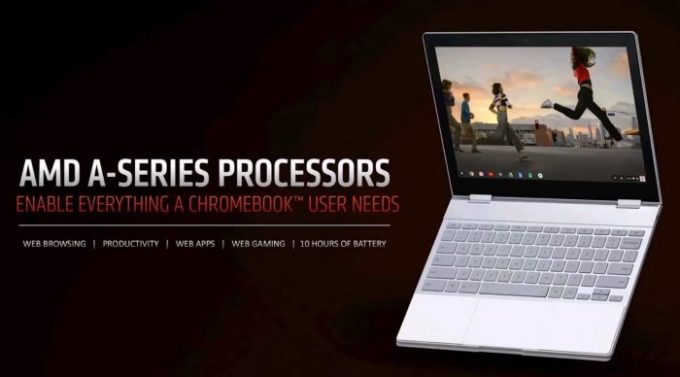 According to AMD, its new chips offer faster web browsing, email, photo editing, video gaming, and productivity than the Intel chips they’re meant to go up against.

Unfortunately the chips AMD is using for comparison are the Intel Celeron N3350 and Pentium N4200 — both of which are “Apollo Lake” processors launched in 2016. AMD hasn’t share any benchmarks showing how the new chips stack up against current-gen Intel “Gemini Lake” processors.

Both of AMD’s new Chromebook chips are dual-core, dual-thread chips with 6 watt TDPs, 1MB of cache, and 3-core graphics. But the A6 runs at higher frequencies:

It’s interesting to note that AMD is marketing these chips specifically for Chromebooks. I don’t see any reason why they couldn’t also be used in low-cost Windows 10 S laptops… except that it’s unclear whether there’s much of a market for those.