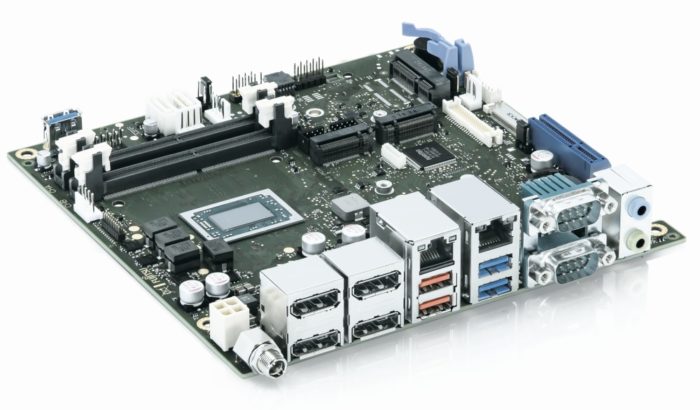 All of the new chips support DDR4-2400 memory and AMD Ryzen 3 graphics, with the three lowest-power versions sporting GPU frequencies of 1 GHz, while the R1606G has a 1.2 GHz GPU.

A few other differences between the chips:

You can find a more detailed comparison at AMD’s embedded product page.

For the most part these Ryzen Embedded chips are likely destined for small form-factor desktops, motherboards, and industrial computers like the ones that are a result of a partnership AMD announced in December. AMD notes that Kontron and Simply NUC have already adopted the new 6-10 watt Ryzen Embedded R1000 chips for new mini PCs.

But the low-power processors could also be used for mobile devices — for example, the still-not-ready-for-release Smach Z handheld gaming PC is powered by a Ryzen Embedded V1000 series processor.