When AMD launched its first Ryzen chips for desktop computers last year, the company was just focused on the CPU: if you wanted a GPU you needed to buy a separate graphics card.

Now Ryzen + Radeon chips for the desktop are here, with prices starting at $99. 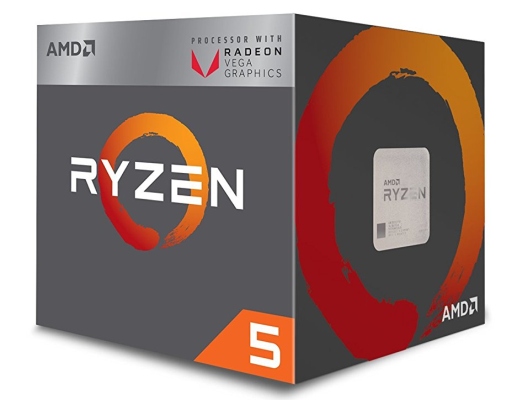 The new chips aren’t the most powerful processors in AMD’s lineup, but early reviews suggest they offer a lot of bang for the buck, particularly if you’re looking to build a budget gaming machine and don’t need bleeding-edge performance.

The company says the more powerful chip offers performance that’s on par with what you’d get if you spent $199 on an Intel Core i5-8400 Coffee Lake-S processor and $89 on an NVIDIA GeForce 1030 graphics card, and third-party benchmark tests seem to confirm that assertion.

While you’re probably not going to want to do a lot of 4K gaming, VR, or high-end graphic design using a PC with an AMD Ryzen APU, the price-per-performance proposition is pretty strong: for less than the price of an Intel Core i5-8400 chip you get a CPU that’s almost as good and a GPU that’s close to what you’d get from an entry-level discrete graphics card.

Oh, and these chips aren’t just for gaming. If you’re looking for a set of benchmarks that show how the new Ryzen APUs do on cryptography, compression, and more, xda-developers has some interesting results.

There are a bunch of in-depth reviews of the new chips out today, but here are a few that I skimmed this morning: