AMD’s Ryzen 4000 mobile processors have been making a splash in the laptop space this year thanks to competitive performance and pricing compared to Intel’s latest chips. Now AMD is taking on Intel in the business laptop space as well.

These are also the first Ryzen Pro chips based on the company’s Zen 2 architecture, and they should offer a slight performance boost over their closest consumer-oriented counterpoints thanks to a few other tweaks. 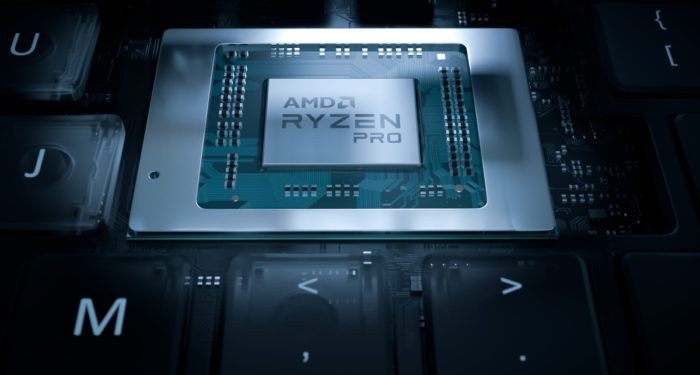 In terms of speeds and feeds, here’s how the new 15-watt chips stack up against their non-Pro equivalents:

But those figures only tell part of the story. These chips also feature AMD Pro technologies including:

From that standpoint, it’s worth noting that AMD is promising a pretty big performance boost over its previous-gen Ryzen Pro 3000 series processors. 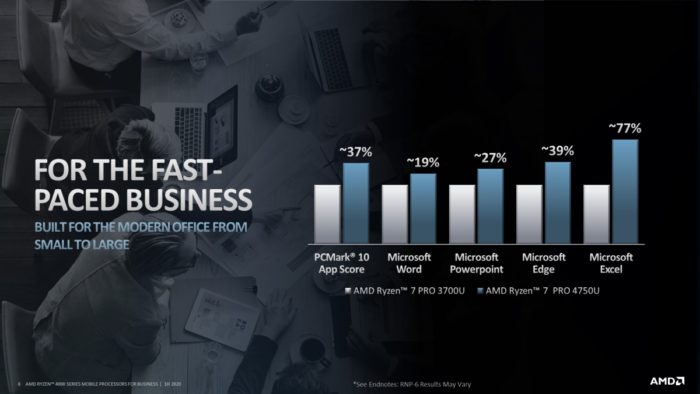 For the most part the security and manageability features are things that will matter more to IT managers at corporations, educational institutions, and governments than they do to end users. But with a bunch of new HP ProBook and Lenovo ThinkPad laptops expected to ship with support for the new processors, there’s a chance you might get one of these new chips in your next laptop — particularly if your employer pays for it.

Lenovo says its Ryzen Pro 4000-powered laptops will be available in June for $639 and up, while HP will soon offer RYzen Pro 4000 processor options for its recently-launched ProBook 445 and ProBook 455 G7 laptops, as well as the ProBook X360 435 G7 convertible.