AMD’s Ryzen Embedded chips offer many of the same features as the company’s mainstream desktop and laptop processors, but are designed for embedded applications such as storage, networking, or edge computing devices.

Since these chips are aimed at commercial and enterprise customers, AMD typically sells and supports Ryzen Embedded chips for at least 10 years. But the company also releases new chips less frequently: the company’s first desktop chips based on Zen 4 CPU architecture have started to arrive, but AMD is just now getting around to launching the first Ryzen Embedded chips with Zen 3 architecture. 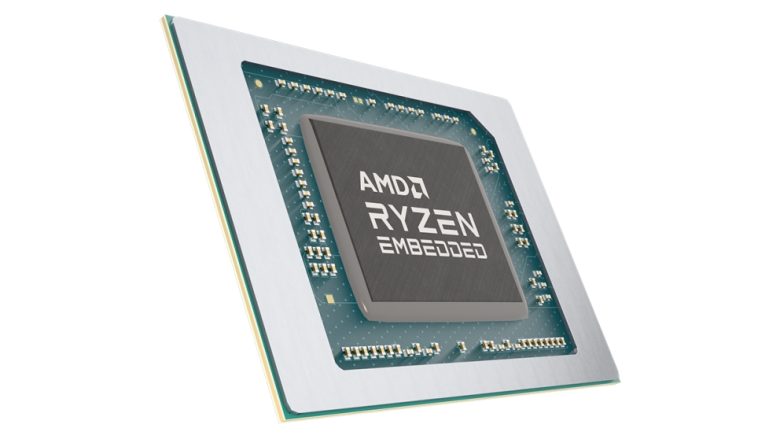 The new chips all support up to DDR5-4800 memory and 20 PCIe Gen 4 lanes. And the chips support dual 10 Gbps Ethernet ports.

Here’s an overview of some key specs for AMD’s Ryzen Embedded V3000 lineup:

One thing the new chips don’t have? Integrated GPUs. That’s one of the reasons AMD is positioning these as solutions for networking and storage rather than kiosks, digital signage, or other embedded applications that typically involve graphics.

AMD says the Ryzen Embedded V3000 chips support Linux-based operating systems, and that drivers for Ubuntu and Yocto have been upstreamed.