All of the new additions to the AMD Ryzen H-Series line of high performance Ryzen 6000 series processors, which are 6nm chips featuring new Zen 3+ CPU cores and RDNA 2 integrated graphics. New U-Series chips are a bit more of a mixed bag, with some models featuring the latest technologies while others are more modest updates to last year’s 7nm Ryzen 5000U chips with Zen 3 CPU cores and Vega graphics.

The big news is that AMD says its Ryzen 6000 mobile chips bring up to 1.3X more processing speed and up to 2X the graphics performance of their Ryzen 5000 counterparts. But these are also energy-efficient mobile chips designed to offer long battery life when you’re not pushing the chips to their limits by playing games, editing videos, or running other resource-intensive tasks. AMD says you can expect up to 24 hours of battery life for video playback on a laptop with a Ryzen 6000 processor.

The new chips are also the first processors to incorporate Microsoft’s new Pluton security processor, and while they still don’t have native support for Thunderbolt, AMD says the Ryzen 6000 platform includes support for USB4 40 Gbps ports, PCIe Gen 4, DDR5 and LPDDR5 memory, WiFi 6E and Bluetooth 5.2, and HDMI 2.1 and DisplayPort 2. 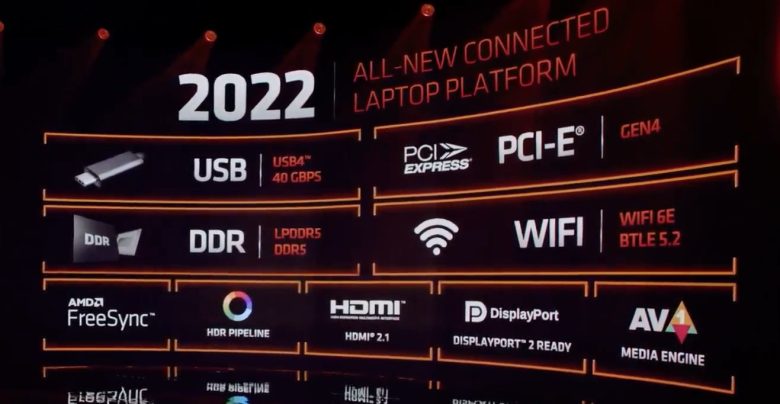 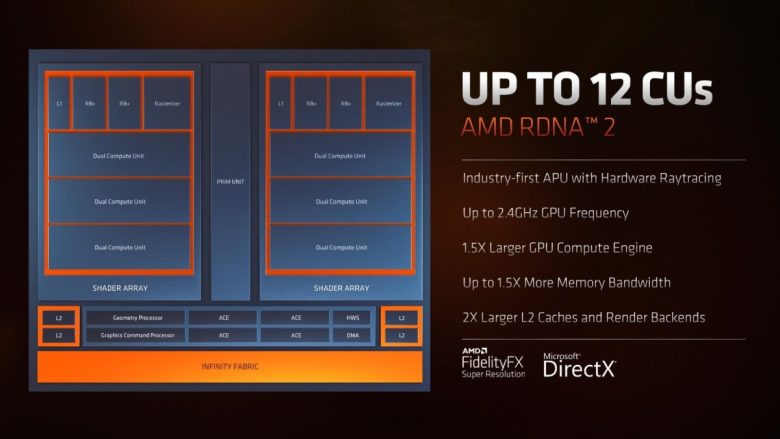 Here’s a run-down of the first Ryzen 6000 H-Series processors:

AMD says more than 200 laptops featuring its new Ryzen processors are coming this year, with the first models expected to ship in February, 2022.