The first laptops with AMD Radeon RX 6000M series graphics should be available later this month, including models from Asus, HP, Lenovo, and MSI. 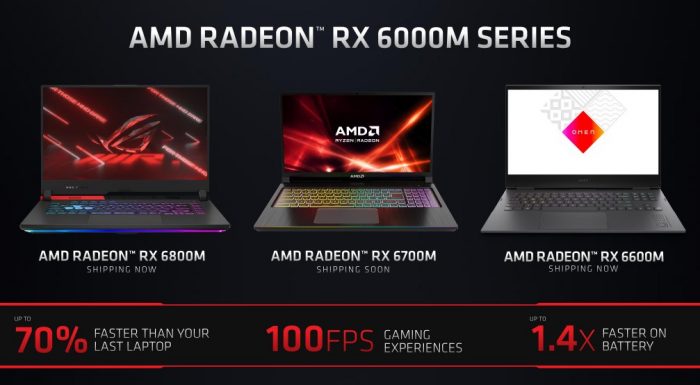 In addition to delivering more performance at the same power level, AMD says the new chips can also offer the same performances as their predecessors while consuming 43-percent less power, which could help PC makers deliver thinner and lighter gaming laptops and mobile workstations.

AMD has also introduced the AMD Advantage Design Framework, which is sort of like Intel’s Evo program – an attempt to get PC makers to release devices that meet a minimum set of specifications.

Requirements include 144 Hz or higher IPS or OLED displays that offer at least 300 nits of brightness and AMD FreeSync technology, NVMe storage, and at least 10 hours of battery life during video playback.

AMD says the program also highlights 100 FPS or better gaming, but that’s a spec that will certainly vary from game to game.