AMD is taking aim at thin and light gaming laptops with the launch of a new RX 6000S line of mobile graphics optimized for notebooks that weigh less than 4.5 pounds and which measure less than 20mm (0.79 inches) thick.

The new GPUs are optimized to balance performance and power consumption in order to bring the benefits of discrete graphics to laptops that are as much as 20% thinner than models with AMD’s higher-performance RX 6000M GPUs. 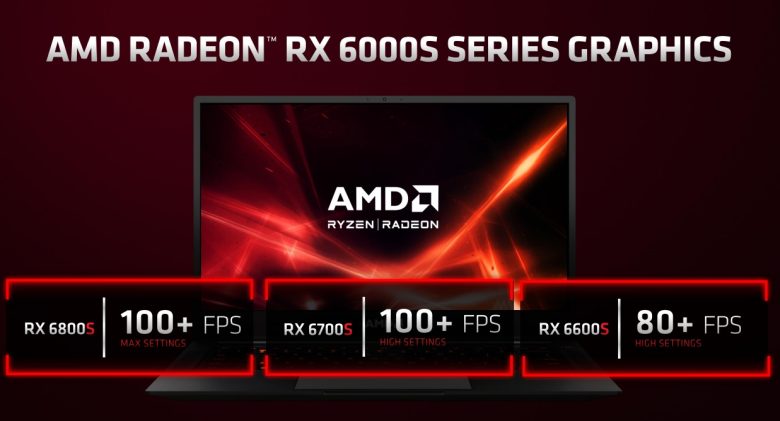 AMD is also updating the RX 6000M line of GPUs with new models offering performance uplift ranging from 7% to 200% (with the biggest gains on the entry-level models).

AMD says more than 20 laptops with AMD Ryzen processors and the latest Radeon graphics are coming in 2022 including new models from Asus and Alienware.