Chip maker AMD has announced that it’s won 2 CES Innovation Awards for a gaming tablet the company plans to show off at the Consumer Electronics Show in January.

The device is called “Project Discovery,” and TechRadar has a few more pictures and details. 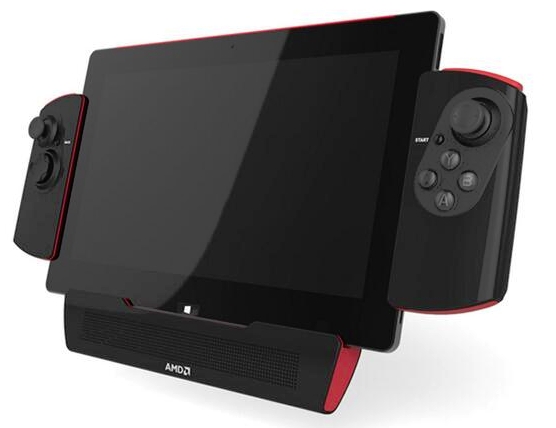 The tablet will feature AMD’s next-generation “Mullins” processor, which is a low-power chip aimed at fanless tablets, ultrathin notebooks, and 2-in-1 devices. The 28nm processor is expected to consume as little as 2 watts of energy while in use.

AMD says Project Discovery is designed to “show the world what we can do in the tablet space,” which suggests that it might be more of a concept device than an actual product. But if AMD does decide to build its own gaming tablet, it wouldn’t be the first chip maker to do so.

Rival NVIDIA currently offers the Shield handheld game console for $249 and partners with device makers to offer a line of Tegra Note tablets for $199.

AMD’s Project Discovery is expected to be a Windows 8 tablet with optional accessories including a docking station and a game controller that adds physical buttons and hand grips to the sides of the tablet, much like Razer’s Edge gaming tablet.