AMD is unveiling is roadmap for next-generation processors for servers and embedded computing devices, and for the first time ARM-based chips are on the map.

In addition to next-generation x86 chips and discrete graphics chips for embedded devices, the company plans to start offering ARM-based chips in 2014. 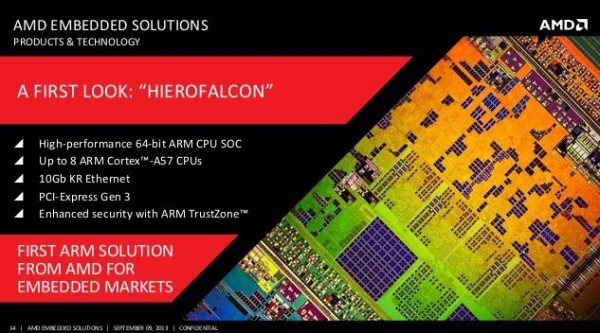 AMD’s first ARM-based chips will be code-named “Hierofalcon,” and they’re 64-bit chips with up to 8 ARM Cortex-A57 processor cores and clock speeds as high as 2 GHz.

These chips are designed for servers and embedded devices rather than tablets, notebooks, or smartphones. Theoretically we could see ARM-based chips for consumer electronics from AMD in the future now that the company has started working with ARM technology. But there’s no word on if or when that’ll happen.

The Hierofalcon chips support two 64-bit DDR3/4 memory channels, 10 Gb Ethernet, and PCI Express, among other things. Samples are expected to go out in the second quarter of 2014, and mass production is scheduled to take place in the second half of the year. 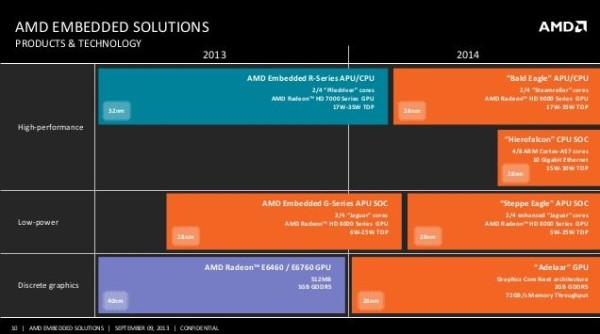