Amazon’s reportedly preparing to launch a TV box that will let users stream videos from Amazon Prime Instant Video, Netflix, Hulu Plus, and other services. But it looks like there may be more to the Amazon box.

Blogger Dave Zatz discovered a Brazillian regulatory listing for a new wireless game controller with the Amazon label front and center. It seems to suggest you’ll be able to use the box for gaming as well as media streaming. 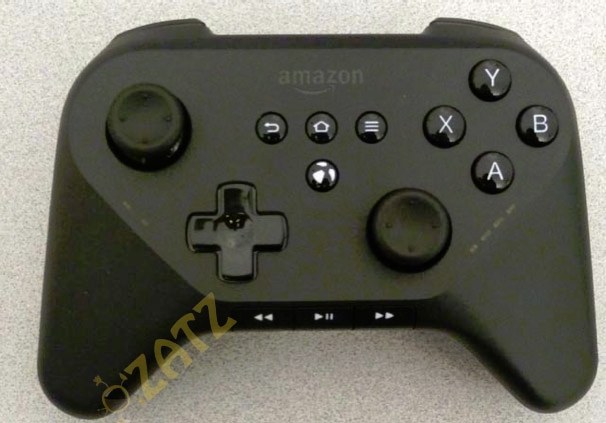 That could help set the upcoming Amazon box apart from devices like the Apple TV and Roku, which are first and foremost designed for online video and music (and maybe a little Angry Birds action).

The Bluetooth controller features analog sticks, direction buttons, shoulder buttons, and X, Y, B, and A buttons for gaming. It also has dedicated keys for Android functions including Home, Back, and Menu as well as media buttons for play/pause, forward, and back.

All told, it looks like the controller provides just about everything you’d need to control a TV-centric version of Amazon’s Fire OS, the Android-based operating system the company developed for Kindle tablets.

That could make the box an interesting addition to Amazon’s ecosystem, since you’d be able to access games, music, movies, and other media on tablets or the TV much the way you can buy Kindle eBooks now and read them on a Kindle eReader or a Kindle Fire tablet.