A smartphone from a company called Joyous LLC just showed up at the FCC website… and it could be the Amazon Fire Phone.

Amazon has a habit of disguising its FCC listings by using shell companies. And blogger Dave Zatz has a habit of sniffing them out anyway, both at the FCC and at other regulator agencies. Now he’s pretty sure he found Amazon’s first smartphone. 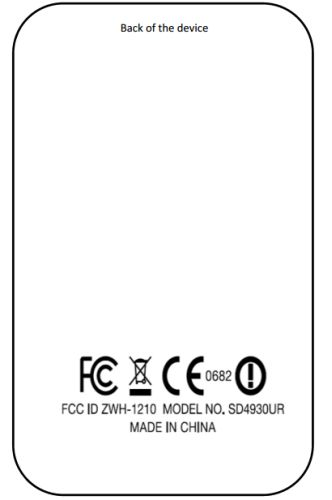 Any device with wireless capabilities including WiFi, Bluetooth, and cellular connectivity has to pass through the FCC. Often you can find user manuals, photos, and other details in FCC listings. In this case, all we can find is a phone with the FCC ID ZWH-1210 and the model number SD4930UR.

But it showed up at the FCC website shortly before Amazon’s press conference to introduce its new phone. We know this device supports WiFi, Bluetooth, and 4G LTE. And it’s registered to a company with headquarters in an office building in Washington DC (most unannounced smartphones that show up at the FCC these days come from companies with offices in Taiwan, South Korea, or China).

We probably won’t know for certain if this is Amazon’s 3D-toting, Amazon Prime loaded smartphone until someone gets their hands on the real phone, flips it around and checks the model number.