It’s been two months since Amazon-owned Audible launched a podcast/spoken word subscription service called Audible Channels. Up until recently, Audible was first and foremost a service for listening to audiobooks, but Audible Channels includes access to other forms of storytelling, including a series of exclusive podcasts.

While Audible Channels was free for existing Audible subscribers, anyone who wanted to sign up just for Channels had to pay $5 per month.

Now there’s another option: Audible Channels is included as a free perk for Amazon Prime members in the United States. 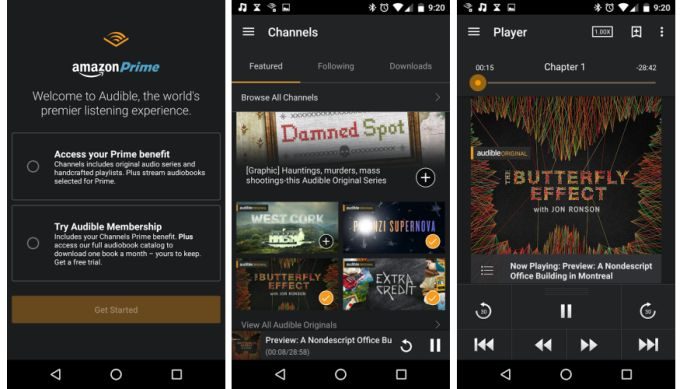 That means you can pay $99 per year (or $11 per month) to get free 2-day shipping on millions of products, access to thousands of streaming movies and TV episodes, and access to Amazon Prime Music, a service that doesn’t have the extensive content library available from Spotify, Apple Music, and others, but which is a nice perk for existing Prime subscribers.

Some of the exclusive content available through Audible Channels includes President are People Too! by former Daily Show head writer Elliot Kalan and historian Alexis Coe, Bedtime Stories for Children, hosted by Nick Offerman, and The Butterfly Effect by Jon Ronson.

Amazon is also including a “rotating selection of more than 50 audiobooks” from Audible as an Amazon Prime perk. 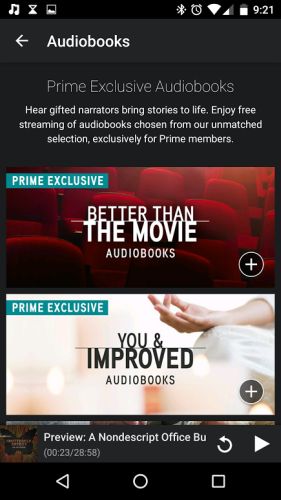 I’m not really sure if Amazon was having trouble getting people to pay $5 per month for Audible Channels and is opening the service up to Prime members in order to boost listener numbers or if this was always the plan. But as a Prime member, I’m not complaining.