Amazon could be preparing to launch as many as four new tablets this year, with the cheapest models running as little as $169. That’s how much the company typically charges for a refurbished Kindle Fire, but it’s also the price of a Barnes & Noble NOOK Color. 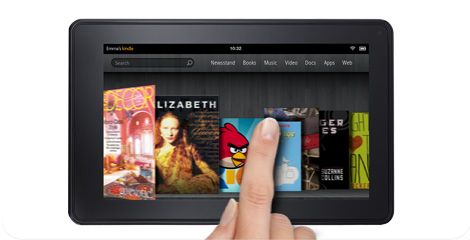 There’s little doubt at this point that Amazon is working on some sort of follow-up to the popular 7 inch Kindle Fire tablet. But we’re kind of drowning in rumors at the moment.

Yesterday we heard that there would be two new 7 inch models and one with an 8.9 inch screen.

Today DigiTimes reports that the 8.9 inch model isn’t a done deal, but there will be two 7 inch  tablets and one with a 10.1 inch display.

Sprinkle grains of salt as necessary.

But if you put the rumors together, it looks like we could see a 7 inch tablet much like the current Kindle Fire for $169, and a higher-priced 7 inch model with a higher resolution 1280 x 800 pixel display.

Amazon’s Kindle Fire tablets are designed to do for the company’s digital music, movie, and app stores what the Kindle eReader has done for eBooks — give customers a chap device for accessing the content, possibly prompting people to spend more money on digital goods.

That’s why Amazon’s Kindle products are generally priced much lower than Android tablets or eBook readers from competitors. The company can afford to lose money on the hardware if it makes it up on software and digital content sales.