If you look through the product pages for Amazon’s new Kindle Fire and Kindle Fire HD tablets, you won’t see many mentions of Android. The company lets you know that you can run Android apps and games, and that’s about it.

While the original Kindle Fire OS was based on Android 2.3 Gingerbread, the new tablets will ship with Android 4.0 Ice Cream Sandwich. 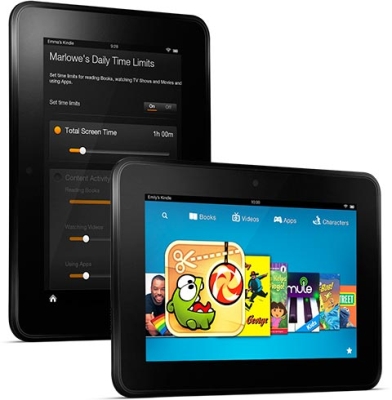 The update probably won’t mean anything to most users, since the Kindle Fire will have Amazon’s custom user interface. One of the key things Google did with Android 4.0 was to adopt the operating system to play well with both phones and tablets, but you won’t see those user interface enhancements on Amazon’s new tablets.

One important change is that the new operating system means that you’ll now be able to run apps on the Kindle Fire that are designed for Android 3.0 or later. Some apps simply wouldn’t run at all on a device running Android 2.3, but they should be compatible with the new Kindle Fire and Kindle Fire HD.

I suspect it won’t be long until hackers figure out how to install custom app launchers on the new Kindle Fire tablets to customize the look and feel of the devices. And if the bootloader is (or can be) unlocked, we may also see folks replace the Amazon firmware with custom versions of Android like CyanogenMod.

Early builds of Android 4.1 Jelly Bean based on CyanogenMod 10 are already available for first generation Kindle Fire devices. You may void your warranty if you try replacing Amazon’s software, but one of the unintended consequences of selling a tablet below cost in order to reap revenues from digital content sales is that tablets become so cheap that some adventerous users may not be worried about potentially breaking them.

The new Kindle Fire tablets have starting prices as low as $159.

via Android Community and Engadget