The new Amazon Fire TV box and Fire tablets aren’t the only new products from Amazon. The company has also launched a new Fire TV Game Controller, which includes a microphone and headphone jack.

The Fire TV Game Controller is available for $50, or if you’re in the market for a new TV box, you can save $10 by picking up the $140 Fire TV Gaming Edition bundle which includes a 2nd-gen Fire TV, the game controller, and a 32GB microSD card. 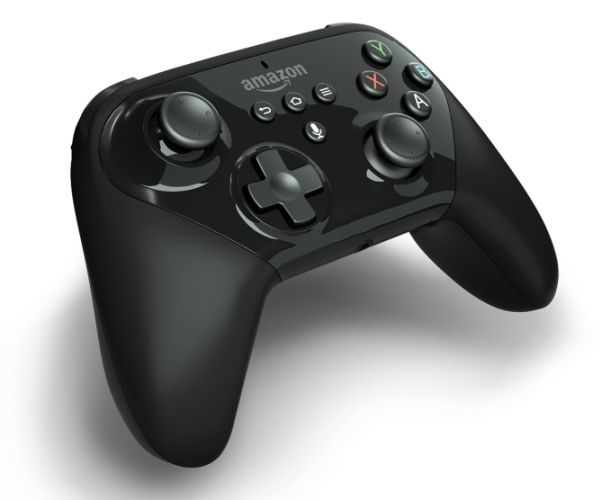 Amazon’s new game controller is compatible with both the new Fire TV and the original, as well as the $40 Fire TV Stick. But the headphone jack only works with the 2nd-gen Fire TV. Voice search and Alexa features should work with any Fire TV device.

The game controller looks a bit like an Xbos game controller and features two analog sticks, a D-pad, A, B, X, and Y buttons, shoulder buttons, a microphone button, and navigation buttons including home, back, and menu icons. Amazon says the controller weighs 9.5 ounces, runs on two AA batteries, and should get up to 90 hours of gameplay without headphones (or 24 hours when streaming audio).

When you buy the new controller you also get a free game: DuckTales: Remastered.