Amazon’s entry-level Fire tablet is getting a spec bump for the first time since 2019. The new Amazon Fire 7 (2022) is still a budget tablet with a 7 inch IPS LCD display, but it has twice as much RAM as the previous-gen model, a processor that Amazon says is 30% faster, and up to 40% more battery life.

The Amazon Fire 7 (2022) also has a USB Type-C port, making it the last member of the Amazon Fire lineup to get that feature. But the upgrades come at a slight cost – Amazon has raised the starting price of the Fire 7. It’s up for pre-order now for $60 and up, which is $10 more than the previous-gen model.

The new Fire 7 tablet has a quad-core ARM Cortex-A53 processor, 2GB of RAM, and either 16GB or 32GB of built-in storage. This year’s model supports microSD cards up to 1TB for additional storage, which is twice as much removable storage as the previous-gen model supported. The new tablet should also provide up to 10 hours of battery life.

But this is still very much a budget tablet. The display resolution is still just 1024 x 600 pixels. It takes 4 hours to charge the tablet using a 5W USB-C charger, and the tablet has just a single mono speaker.

Like all Amazon tablets, the Fire 7 ships with Fire OS, which is a fork of Google’s Android operating system that comes with Amazon’s launcher, user interface, and app store pre-installed, among other things. But since the specs for the new model are quite similar to other recent Fire tablets, I highly suspect that the tablet will be at least somewhat hackable – it’s typically pretty easy to install the Google Play Store, among other things.

The new Fire 7 will be the first Amazon tablet to ship with the Android 11-based Fire OS 8 though, so it’s possible that there could be some changes that may make it a little less hackable than usual. Most older models are currently running the Android 9-based Fire OS 7. 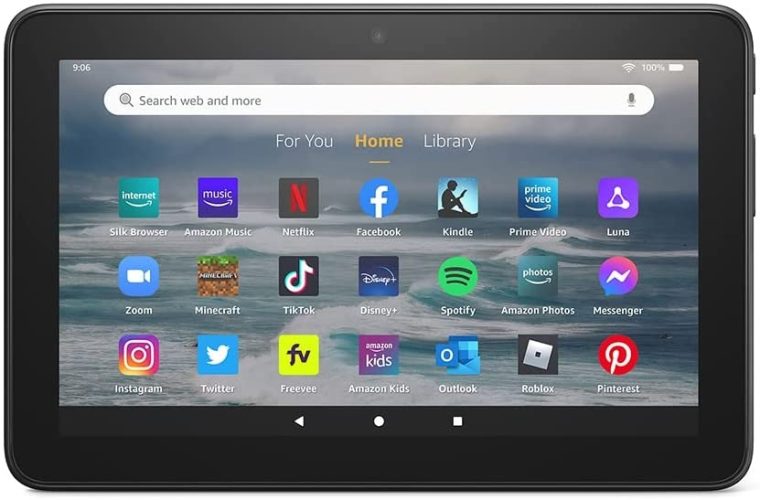 Amazon is also launching an updated Fire 7 Kids tablet that’s based on the new Fire 7 (2022). The specs are the same, but the Kids edition model comes with a rubber bumper case, a 2-year worry-free guarantee (Amazon will replace a damaged unit, no questions-asked), and a 1 year subscription to Amazon Kids+.