Amazon is updating its Fire tablet lineup with a new 2018 version of the Fire HD 8. For the most part… it’s a lot like last year’s model. But there are a few improvements.

The new model supports larger microSD cards. It has a better front-facing camera. And it lets you interact with the Alexa voice service without touching the tablet.

The new Amazon Fire HD 8 tablet is available for pre-order for $80 and up and it should ship starting October 4th. 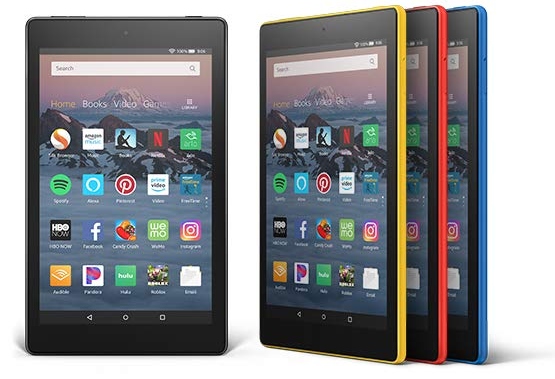 If you already have a 2017 model, the new version seems like a pretty modest upgrade. It has the same display, processor, memory, and storage options and the new 2018 model looks pretty much identical to its predecessor.

But the new model has a 2MP front-facing camera (up from 0.3MP on the previous version) and works with microSD cards up to 400GB (up from 256GB). You can also install apps to the microSD card if the built-in storage capacity isn’t enough for you.

Other features remain pretty much the same. The new tablet still has a 1280 x 800 pixel display, a 1.3 GHz quad-core processor, and 1.5GB of RAM. It has stereo speakers, a microphone, and a 2MP rear cameras.

One spec seems to have been downgraded: Amazon said last year’s model had an estimated battery life of up to 12 hours. The new version gets up to 10 hours of battery life with mixed usage.

The new version is priced at $130 and up and features a 32GB Fire HD 8 tablet without special offers, plus a rugged case, a 2-year worry-free guarantee (you can get a replacement for a damaged device, no questions asked) and a 1-year subscription to Amazon’s FreeTime Unlimited service (now available in English and/or Spanish).

Like the normal Fire HD 8, the new 2018 model is up for pre-order starting today and it should ship October 4th.

For a limited time, Amazon is also offering a bundle discount: you can buy two Fire HD 8 Kids Editions for $195, or 25 percent off the list price. 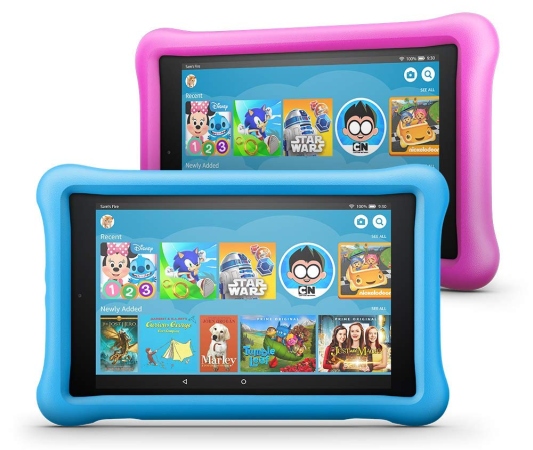