Amazon’s Dash buttons are small, internet-connected buttons that usually do one thing: let you order refills of specific products from Amazon. The company sells them for $5 and gives you a $5 credit on your first order, which basically makes them free.

But if you’re not the sort of person who orders a lot of detergent, coffee, or diapers from Amazon, the buttons can still be useful: hackers have been finding other ways to use these small buttons for almost as long as they’ve been available.

Now you don’t need to hack anything. Amazon is offering a programmable Dash button called the AWS IoT button. 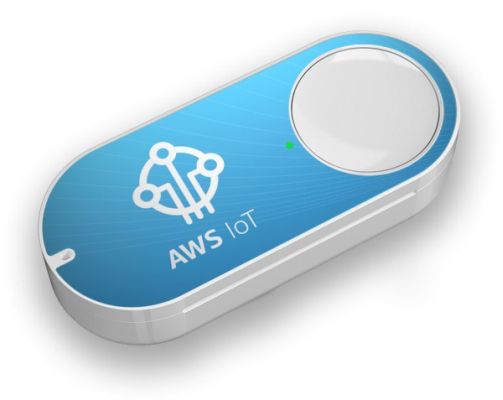 There are a few small catches. First, the AWS IoT button is a bit more expensive than other Dash buttons. It sells for $20.

And third, it’s described as a “limited release” device, which means there may not be a large number available, at least initially.

That said, the WiFi-connected device can be coded to connect to all sorts of different services. You could use it as a remote key to unlock your car or front door lock, assuming you’ve got smart locks. You could use it with a variety of third-party apps and services including Netflix, Facebook, or Slack, allowing you to send messages or start watching videos with a single click. Or you can use it as a counting device, make it a check-in button for Airbnb visitors, or use it as a one-click solution for starting a phone call with a specific contact.

Amazon says the battery-powered button should work on any 2.4 GHz WiFi network and should be good for about 1,000 clicks before the battery dies. Note that the battery is not replaceable or rechargeable, so you’ll probably want to use the button for activities that you don’t perform more than once or twice a day.