A year after introducing a flying security camera called the Ring Always Home Cam, Amazon is officially launching the security drome for home use as a Day 1 Edition device.

That means there’s limited quantities available and you’ll need to request an invitation for the chance to spend $250 on one. But it’s officially moving from a somewhat creepy concept to a somewhat creepy real thing. 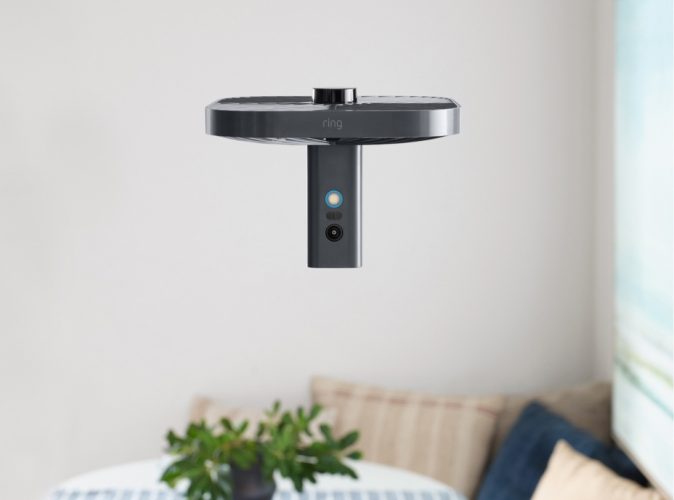 The Ring Always Home Cam measures about 7.5″ x 7.5″ x 5.5″ and comes with a charging dock where the camera rests when it’s not making the rounds by flying around your home.

It has a 120 degree wide-angle camera that can record video in 1440 x 1440 resolution, and there’s an LED light that glows when recording, both to let you know that the device is recording and to illuminate the path in dimly lit settings.

Unlike a typical security camera, it isn’t limited to a single room or angle. Amazon says users can also set up to 50 different custom flight paths and choose when the camera will fly around the home to see what’s going on. And when used as part of a Ring security system, the drone can leave its dock if a contact or motion sensor in your home is tripped, in order to get a better look at what’s going on. 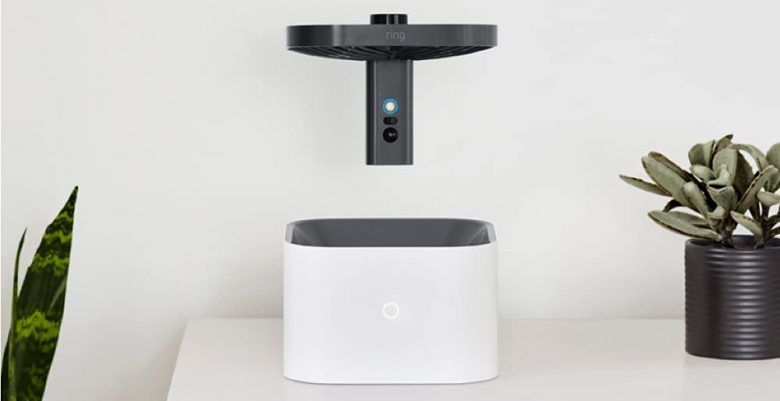 But if you envisioned a camera that constantly flying around your home, then you probably haven’t spent a lot of time thinking about drone battery life. The Ring Always Home Cam can only fly for up to 5 minutes before it needs to return to its charging base to recharge the battery.

Amazon says the Always Home Cam will only record while it’s flying – the camera makes noise while it flies, so it’s unlikely to sneak up on you, and the camera is blocked when it’s docked in its charging base.

The Ring Always Home Cam also has some significant limitations – it’s not designed for outdoor use, for example, and it doesn’t even currently support multi-floor homes, although it’s possible software updates could address one or more of those restrictions.