This year we also saw the launch of the first Android phones with Alexa support, as well as the addition of Alexa to the Amazon app for iOS, allowing you to use the service on an iPhone or iPad.

Now the company is finally bringing Alexa to the Amazon app for Android, which should make the voice assistant software available to a much wider group of folks. 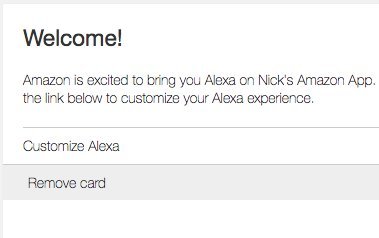 First reported by Nick Schwab, Amazon confirmed to TechCrunch that the feature is rolling out this week.

At this point Schwab notes there’s not much you can actually do with Alexa on Android yet. If you fire up the separate Alexa app for Android you can see a new device in your account. But you can’t actually talk to Alexa to get answers to questions, set reminders, or interact with any third-party skills yet.

That Alexa app, by the way, is basically a tool for managing your other Alexa-enabled devices. TechCrunch wonders why Amazon decided to bring Alexa voice features to its Amazon shopping app rather than the Alexa app. If I had to venture a guess, I’d say it’s because far more people are probably already using the shopping app on a regular basis.