Amazon is opening up the Alexa voice service that powers its Amazon Echo connected speaker thingamajig, and it’s doing it in a big way.

First, the company has launched a software developer kit that lets anyone create apps that can tap into the cloud-based voice service, which could bring new functionality to the Echo. 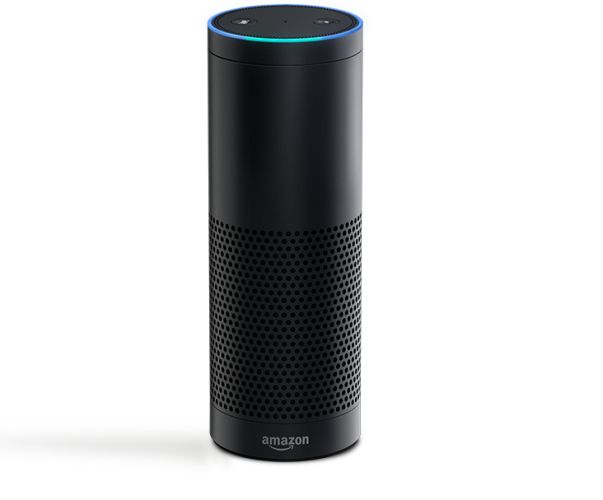 That means we could see Alexa technology in alarm clocks, in-vehicle systems, point-of-sales machines, televisions, or other hardware.

Interestingly Amazon’s press release makes no mention of smartphones or tablets… but that doesn’t mean you couldn’t integrate Alexa with a smartphone. Amazon says anything with a speaker, an internet connection, and a microphone should be able to use Alexa.

But most smartphones and tablets on the market already have access to voice assistant features thanks to Apple’s Siri, Google’s Voice Search, and Microsoft’s Cortana.

What makes Alexa unusual is that it could work on all sort of other hardware, letting your alarm clock provide you with a weather forecast or schedule update when you ask it for one using your voice, or allowing your car’s in-vehicle entertainment system to respond to requests like “read my book,” “remind me to pick up groceries,” or “play music.”

Amazon says other examples could include TVs which respond to “turn on the baseball game,” or movie ticket machines that respond to “buy 2 tickets to Inside Out.”

Since Alexa relies on cloud-based processing, you don’t necessarily need high-performance hardware for the service to work. But you will need an internet connection.

Alexa already knows how to answer questions and respond to commands to play music, read audiobooks, tell the time, provide traffic updates, tell you about upcoming appointments, create shopping lists, and much more. You can also ask it a number of sillier questions.

The new developer tools will add support for Alexa to their apps, allowing you to control smart home appliances with your voice, review your stats from a fitness-tracker app, or create custom apps to do things like find out what’s on the lunch menu today at your kid’s school.

Amazon is pretty serious about getting developers to work with the platform: the company has introduced a $100 million investment program called the Alexa Fund which is designed to encourage hardware and software developers to create apps that tap into Alexa voice service.

The Alexa Fund has already invested in 7 projects including the creators of a cooking app, a security alarm maker, a garage door monitor, a connected toy maker, a running assistant, and a car diagnostic tool maker.