Amazon updated its entry-level Fire 7 tablet this year with a new model sporting a faster processor and twice as much storage as its predecessor. But two things haven’t changed.

First, prices for Amazon’s Fire 7 tablet still start at $50 (or less during one of Amazon’s frequent sales). And second, the 9th-gen Fire 7 tablet (2019) is pretty hackable.

In the short time it’s been available, users have figured out how to root the tablet, unlock the bootloader, downgrade the operating system if necessary, and install the Google Play Store. 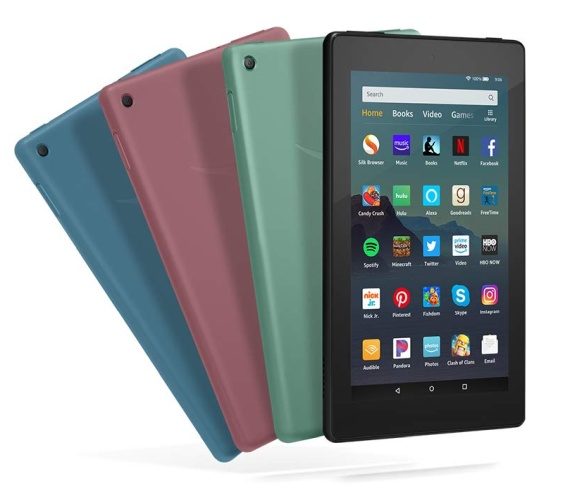 Want to keep using Amazon’s apps and services and don’t want to risk rooting your device, but wish you had access to the Google Play Store and Google Play Services so you could run apps like YouTube, Gmail, and Google Maps? No problem.

As confirmed by xda-developers forum member Michajin, the same method folks have been using to install Google Play on Fire tablets for three years continues to work.

Basically all you need to do is dive into the tablet’s settings, enable installation of apps from unknown sources, and then download and install four apps in order.

This xda-developers forum post has links to the apps you need and some more detailed instructions.

One involves a hardware hack (you need to open the tablet and short a circuit), while the other is software-only. Both will wipe all data on your tablet, so make sure to backup any important files before you begin.

If you follow the steps you’ll end up with not only a rooted tablet, but also one with an unlocked bootloader and a custom recovery that will let you flash boot images including Magisk (which you can use to manage root).

The post from xyz’ also includes instructions for reverting to Amazon’s stock Fire OS software if you want to reset your device, as well as tips for recovering a “bricked” device that may not appear to work after a failed downgrade or some similar situations.

Folks have also found that once you have the Play Store installed and/or you have root access, there are several methods to block OTA-updates and other features (including lock screen ads… although I should point out that Amazon also lets you disable those by spending an extra $15).