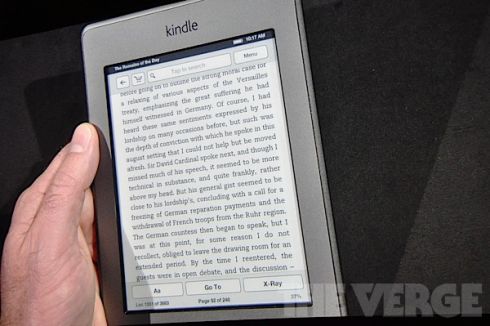 The Android-toting Kindle Fire tablet with a full color screen isn’t the only new member of the Amazon Kindle family. Today Amazon CEO Jeff Bezos took to the stage to introduce several new devices including a model with an E Ink, touchscreen display and a dirt cheap eReader which will sell for just $79.

Unsurprisingly the touchscreen model is called the Kindle Touch. It has a high contrast E Ink display, and an IR touchscreen similar to the ones used by the latest NOOK and Kobo devices. It’s also the smallest Kindle to date, since there’s no need for a keyboard.

The Kindle Touch will be available for just $99, making it one of the cheapest E Ink eBook readers on the market.

While the budget model is WiFi-only, Amazon will also offer a 3G capable version for $149. There are no monthly fees or contracts to use the 3G, and it works with wireless networks in 100 countries. Of course, we’re talking about 3G data for downloading books and maybe doing a little web surfing and not much else.

Kindle Touch pre-orders will open today and the eReaders are expected to ship on November 21st.

The model without a touchscreen? That’s the new Kindle. It’s a little smaller and lighter than the latest Kindle… and it’s way cheaper, at just $79. 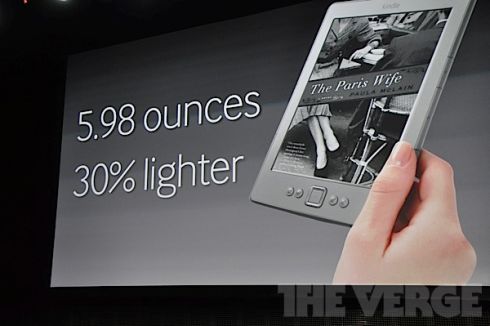 Like earlier Kindle models, it has buttons for turning pages. But the little guy weighs less than 7 ounces.

Amazon is also loading up “special offers” which means you’ll see ads and local deals on your screen saver. 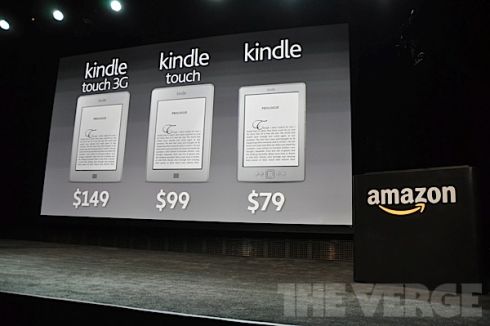