Amazon’s Alexa voice service is about three years old at this point, and developers have created thousands of “skills” that let you play games, control smart home gadgets, book a ride on a car share service, get recipes, and more.

But Amazon’s been slow to actually give developers ways to get paid… which sort of makes sense. While display ads on a smartphone or website can be a little annoying, part of the appeal of using Alexa on an Amazon Echo is its immediacy: you talk and it responds. Who wants to wait for an ad to finish before finding out how tall Jake Gyllenhall is?

This year Amazon did start a program that pays developers of some top skills, but that seems more like a competition than a practical monetization strategy. More recently Amazon announced that the Jeopardy! Skill was the first that would offer additional content when users made an in-skill purchase.

Now Amazon is opening up in-skill purchasing to more developers. 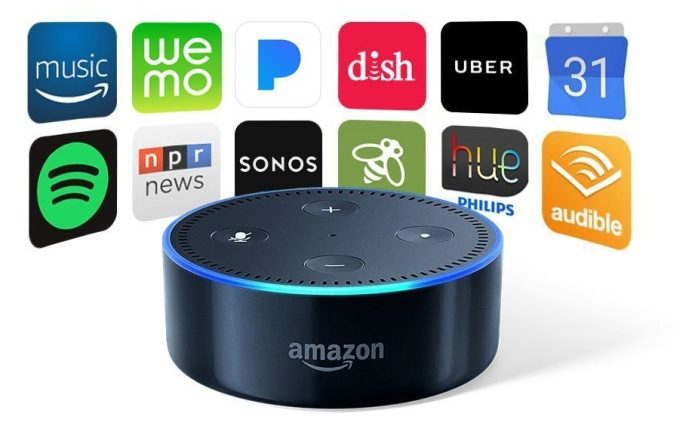 Right now developers still need to apply to participate in a preview before they can implement in-skill purchasing. But it could become more widely available in the future.

The idea isn’t to put skills behind a paywall. Instead, Amazon is encouraging developers to continue producing skills that anyone can use for free… while allowing developers to charge for additional content or features.

For example, the Jeopardy! app lets you play for free… but there’s a limit to how many clues you get for free very day. Paying $1.99 per month doubles that number. And users can make that purchase by voice.

Speaking of spending money by voice, part of the reason Amazon’s in this business at all is that it provides an easy way for users to buy stuff from Amazon. Just tell your Alexa-enabled product that you want to order light bulbs, poop bags for your dog, or a Fire TV Stick and it’ll place an order through Amazon.

But now Amazon is opening up Amazon Pay for Alexa Skills, which means that third-party services will be able to bill you through our Amazon account. There’s no need for you to submit your payment details to buy movie tickets, order food, or make other purchases through third-party Alexa Skills.

In other Alexa-related news, Amazon has announced that its voice service will be available in Australia and New Zealand in early 2018, and the company is putting another $100 million in venture capital into its Alexa Fund, specifically targeted at developers building skills for international (read: not United States) markets.