Amazon had a good weekend. The company says Cyber Monday 2012 was the best day ever for Kindle sales around the world, fueled by the company’s offer of a Kindle Fire 2

. In fact, Amazon says it sold twice as many Kindles this weekend as it did between Black Friday and Cyber Monday last year.

What Amazon still isn’t providing is an actual sales figure. 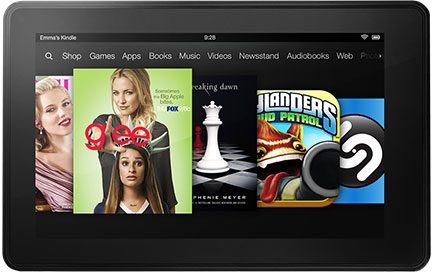 While we know that Kindle produces including the Kindle Fire, Kindle Fire HD, and Kindle Paperwhite continue to be among Amazon’s best-selling products, Amazon still hasn’t told us how many tablets or eReaders it’s shipped.

It’s safe to assume that the number is quite large. A lot of folks buy best-selling books, movies, iPods, and other computers from Amazon. So it takes a reasonably large number of sales to stay at the top of the charts.

But while Apple, Motorola, and many other companies regularly report shipment numbers in their quarterly financial reports, Amazon just makes a habit of telling us its products are popular.

Amazon doesn’t really make much, if any, money on hardware sales anyway. Instead, the company wants to get as many Kindles into customers hands as possible… because Kindle owners are more likely to buy eBooks, music, movies, apps, and other content from Amazon.

Some folks like to think of the Kindle Fire as little more than a catalog for Amazon products… but it’s also a product designed to let you access much of the content you can purchase from Amazon including music, movices, books, and games.

If they were a little cheaper to build, I could almost imagine Amazon giving these products away in order to get more people locked into their ecosystem.

But Amazon operates on razor-thin profit margins and selling Kindle products at or near cost is probably an easier pill to swallow than giving them away… especially since a percentage of the folks that buy these products just want to hack them and turn them into general purpose tablets which may or may not be tied to Amazon’s ecosystem.

One reply on “Amazon sold a lot of Kindles this weekend, still won’t say just how many”