Amazon rolled out an update to its Shopping app for Android this summer that added support for streaming movies and TV shows from Amazon Instant Video. The app also featured a built-in app store which you could use to download third-party Android apps from Amazon.

In other words, it was a shopping app… but it also had its own app store inside. Developers aren’t normally allowed to submit their own app store apps to the Google Play Store, but it looks like Amazon may have been exploiting a sort of loophole.

Now Google has closed that loophole and Amazon has removed its app from the Play Store. 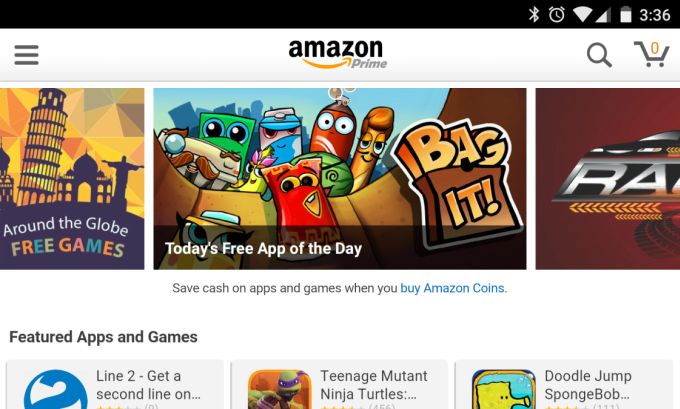 That doesn’t mean you can’t still use Amazon’s all-purpose shopping app. You can download and install it manually on just about any Android phone that supports installing apps from unknown sources.

And if you’re just looking for a shopping app and don’t need the app store, you can get the new Amazon Shopping app from Google Play.

So why did Amazon have to remove its app from the Play Store now? Because Google changed their terms of service in September. Previously the Play Store prohibited apps “whose primary purpose is to facilitate the distribution of software applications and games” outside of the Play Store. You could argue that this was not the primary purpose of the Amazon app, which was also used for shopping, navigating your Amazon account, managing videos, and more.

As Android Police notes, Google has changed the language of that section of its developer agreement sot hat now it prohibits any app “which has a purpose that facilitates the distribution of software applications and games” outside of the Store. In other words, it doesn’t matter if that’s the primary purpose of your app… if it’s a purpose, then your app is not allowed.

The move makes sense: why would Google want to make it easy for developers to distribute alternatives to the Play Store using the Play Store? But it’s kind of annoying for users of Amazon’s services nonetheless.