So long Amazon TestDrive. I’d kind of forgotten you existed. 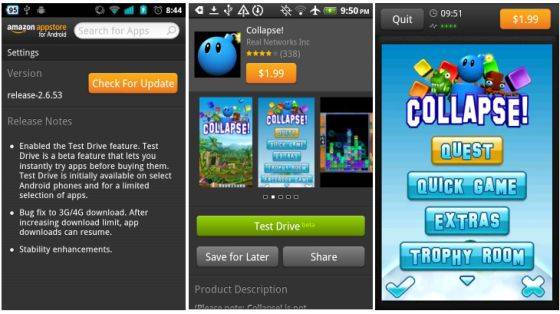 When Amazon launched its Appstore for Android, one of the most interesting features was the option to try apps in your web browser before downloading them. This could let you figure out whether a paid app was worth your money without spending a penny.

A year later, Amazon added the TestDrive feature to the mobile version of its Appstore, letting you test thousands of apps on your mobile device.

Now Amazon has announced it’s pulling the plug on TestDrive.

Amazon says use of the feature has been declining as “free to play” apps have become more popular. If it doesn’t cost anything to download an app and you only have to pay when you encounter in-app purchases, there’s not really much need for a try-before-you-buy feature.

So on the one hand it’s kind of sad to see a once innovative feature sail off into the sunset. On the other hand, apparently I’m not the only one who had forgotten it was even there.