For the past few years Amazon’s Fire tablet strategy has seemed to be to offer a “good enough” experience at really low prices. The company’s cheapest current tablet has a starting price of $50, and the most expensive is just $150.

But back in 2013 Amazon tried a different approach. The company launched the Kindle Fire HDX line of tablets with full HD (or higher) displays, quad-core processors, and other premium features at competitive prices.

One of the most intriguing features of the Kindle Fire HDX line was something called Mayday: press a button and you wouldn’t just be connected with email, chat, or voice support. You’d actually get to speak with a support person in a live video chat.

Now Amazon is sunsetting that service: Mayday video calling has been discontinued as of this month. 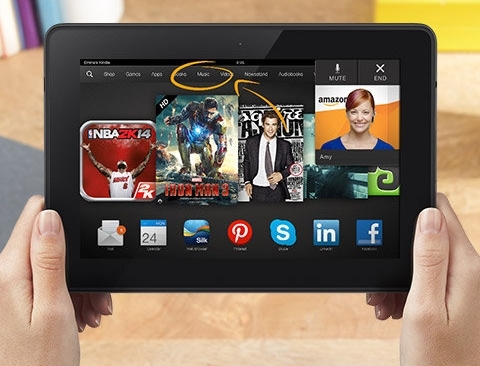 Honestly, I’m a little surprised to learn that it’s been around up until recently.

Amazon’s newer tablets don’t support Mayday, and the Kindle Fire HDX line is about 5 years old at this point. I imagine there are still some people using 5-year-old tablets, but I shudder to think about the battery life on those devices.

Hopefully folks who’ve been hanging onto their Fire HDX tablets for the past 4 or 5 years have already gotten answers to all their pressing questions by now.

Mayday was always a pretty ambitious idea: make it easy for less tech-savvy customers to use a tablet as a way to make the devices more attractive and/or reduce the number of returns. It can’t have been cheap or easy to set up a free 24/7 video support line. But the payoff wasn’t just customer loyalty: if you have an Amazon tablet (or eReader, or Fire TV, or Echo), it probably increases you’re likelihood of buying apps, games, eBooks, movies, music, or physical items from Amazon.

But when Amazon decided to focus on low-cost tablets like the current Fire 7, Fire HD 8, and Fire HD 10, it’s not surprising that one corner the company cut was the Mayday service. It’s just a little weird to realize that it’s actually been around all this time… for users of older tablets only.

If you are still using a Kindle Fire HDX, Amazon will still offer email, chat, and phone support. And if the person on the other end of the line wants to use Mayday screen sharing to take control of your device (with your permission), to show you how to do something or just to do it themselves, they’ll still have that option. You just won’t be able to start a video session with a single button tap.