When Amazon launched its Prime Exclusive Phones program in 2016, the proposition was pretty straightforward: Amazon Prime members could save some money on a carrier unlocked smartphone if they were willing to put up with ads on the lockscreen and home screen.

Starting February 7th, the deal will get a little better… sort of: Amazon is disabling lockscreen ads on Prime Exclusive phones.

On the down side, an Amazon spokesperson says the company will raise the price of Prime Exclusive phones by $20 across the board (meaning if you buy a phone today you’ll save $20 and have lockscreen ads disabled via a software update). 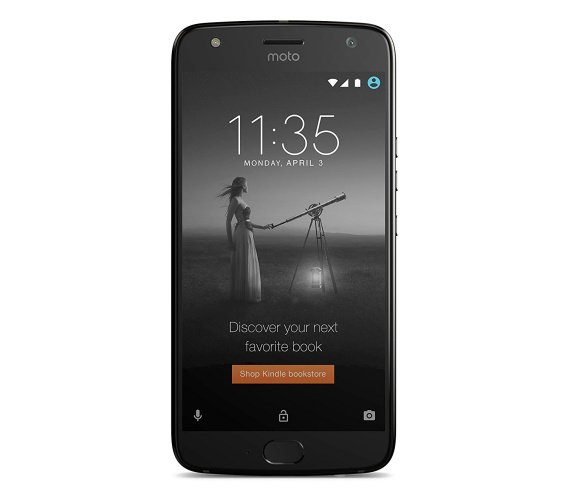 You’ll still save money by picking up a Prime Exclusive variant of smartphones like the Moto X4, Moto G5 Plus, or LG6+. But the discounts won’t be quite as big.

The good news is that customers who buy a Prime Exclusive phone won’t see ads or “offers” on their lockscreen anymore. Existing customers will also get a software update that removes them.

Amazon says the update is designed to make sure “customers can easily use features such as the phone’s mobile unlock technologies like facial recognition and fingerprint sensors,” and to personalize their lockscreen with pictures or wallpapers.

Another way of looking at it might be that if you used a fingerprint to unlock your phone and turn on the display simultaneously, you probably never saw the ads on the lockscreen anyway.

So what exactly is a Prime Exclusive phone without the lockscreen ads? It’s still a phone that’s offered exclusively to Prime customers, and it still comes with some Amazon features pre-loaded, including:

That last one will show up on the home screen and offer “personalized offers and deals,” which means that the phones aren’t exactly going ad-free. You just won’t see ads the second you hit the power button anymore.

Amazon says the ads and offers app will actually still be installed on Prime Exclusive phones. They just won’t show up on the lockscreen anymore.

Oh, and I also asked if Prime Exclusive phones would continue to ship with locked bootloaders. The answer is yes.