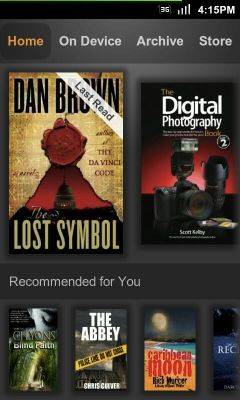 There’s mounting evidence that Amazon will start offering a 7 inch tablet with a color touchscreen display soon. Last week TechCrunch published a report saying Amazon’s first tablet will be called a Kindle and that it will be available in November for about $250.

The tablet will reportedly run a highly customized version of Google Android (much like the Barnes & Noble NOOK Color), and customers will reportedly get a free subscription to Amazon Prime which offers free 2-day shipping for products ordered online as well as access to thousands of TV shows and movies that you can stream over the internet.

That might seem like an optimistic figure at a time when companies that aren’t called Apple are having a hard time moving large numbers of tablets. But Amazon has a few things going for it that other Android tablet makers don’t. The company already has successful digital marketplaces for eBooks, music, movies, and Android apps. While many competitors are trying to launch their own digital media stores for tablets and smartphones, as a user there’s little reason to use Samsung, Lenovo, or HTC’s service instead of the official Android Market — or a third party app such as the Amazon MP3 app for Android music or Amazon Kindle app for eBooks.

Amazon’s tablet will likely ship without the Google Android Market. But it could still provide the most seamless experience for acquiring apps and digital media outside of the Apple iOS/iTunes ecosystem. And that could make the tablet appealing — especially if it really does sell for half the price of an iPad.

One reply on “Amazon prepping at least 5 million tablets?”