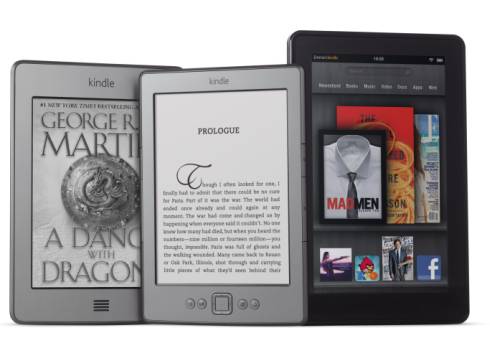 With Christmas just a few days away, Amazon is betting that a lot of folks are still shopping for last minute presents — and the company wouldn’t mind at all if a few of those gifts were Kindle devices.

So Amazon is offering free 2-day shipping on all of the latest Kindles. If you place an order by 8:00PM Pacific Time on December 21st, Amazon will ship domestic orders quickly enough for you to place a Kindle under the tree.

The Kindle Fire is one of the cheapest Android tablets available with a dual-core processor, but it’s not without its quirks. The tablet doesn’t have a camera, microphone, removable storage, or physical volume buttons. It also doesn’t officially support the Google Android Market.

Instead, it’s designed to run apps downloaded from the Amazon Appstore, display books, newspapers and magazines from the Kindle Store, and handle music and movies from Amazon’s digital media stores.

The Kindle Fire has proven popular with tweakers as well, who have figured out how to root the tablet, install the Android Market, and even replace the operating system with custom versions of Android such as CyanogenMod 7.

But a recent Kindle Fire software update is causing problems for folks looking to hack the tablet.

I actually kind of prefer the Barnes & Noble NOOK Tablet to the Kindle Fire for reading books. It has a slightly better display and a case that’s much easier to hold in your hands for an extended period. But the NOOK Tablet costs $50 more than a Kindle Fire, one of my favorite things about the Kindle platform is the way I can synchronize my books across devices.

For instance, I can start reading a book on the Kindle Touch and then pick up where I left off using the Kindle app on a Kindle Fire, an iPod touch, or my Android phone.

I haven’t spent any time with the new $79 Kindle, but I bought a Kindle Touch WiFi tablet last month as an early holiday present to myself, and I’ve been pretty happy with it. It does reflect a little glare under some circumstances. I’ve heard that E Ink devices with touch capabilities have slightly shinier screens than non-touch versions. But usually all I have to do to reduce the glare is tilt the Kindle a tiny bit.

I didn’t choose the $99 Kindle Touch over the $79 Kindle for the touch input alone though. The touch capable version also offers longer battery life, more storage space, and support for speech-to-text.