Amazon is rumored to be working on a new music streaming service to challenge Spotify, Apple Music and offering from Microsoft, Google, and others.

While most of today’s music streaming services charge the same price: $10 per month, rumor has it that Amazon will take a tiered approach: the service will be cheapest if you sign up for a version that only works through the company’s Amazon Echo and related products.

The Verge reports a $5/month Echo-based version of the service could launch this month, with a wider rollout for a full-fledged $10/month service coming next year. But those might not be the only options. 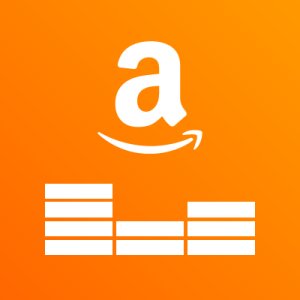 First up, Amazon already has a streaming music service called Amazon Prime Music. It’s available to Amazon Prime members in select countries and allows users to stream around 1.8 million songs. The content library isn’t as extensive as those of rivals, but as an add-on for Amazon’s $99 per year membership program, it’s not a bad deal.

Want access to tens of millions of songs? That’s what the new service is expected to offer.

The folks at AFTV News and Caschy’s Blog have been digging through the code for Amazon’s Music app for the Fire TV and they’ve discovered a few interesting things:

That cloud music locker portion is interesting because it’s similar to something that Google has been offering for years. Google lets users upload up to 50,000 songs to Google Play Music.

Google also has a free, ad-supported version of its streaming service that lets you listen to curated playlists free of charge. But if you want full access to all of Google Play Music’s features, you’ll have to pony up $10 per month.

Amazon’s upcoming service could be a cheaper option for existing Prime members or Echo owners.