Pay $10 per month and you can stream millions of songs from the internet. That’s how today’s top music streaming services, including Spotify, Apple Music, Microsoft Groove Music, and Google Play Music work. Amazon is said to be planning to launch its own $10/month music service too.

But Amazon may also have a second, cheaper plan. According to a report from Recode, Amazon wants to let Amazon Echo owners stream music for about half the price.

Subscribers who own Amazon’s voice-activated wireless speaker would be able to stream music for as little as $4 or $5 per month. 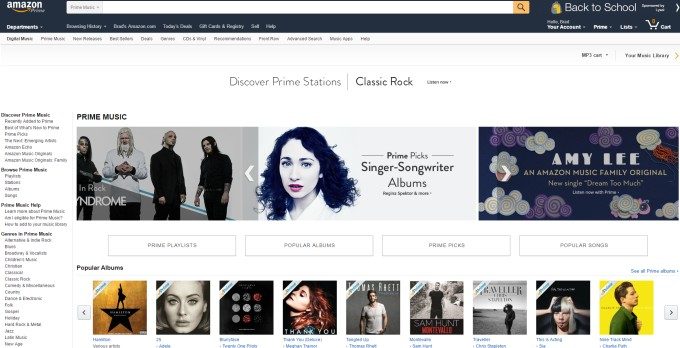 The Amazon Echo is a $180 device that works like a wireless, internet-connected speaker. You can currently stream music from Amazon Prime or other supported services such as iHeartRadio. And you can ask questions and issue commands, thanks to Amazon’s Alexa voice service. You can even play some games using just your voice.

And, of course, you can order things using an Amazon Echo. In fact, the only way to buy the Echo’s smaller, cheaper cousin — the Amazon Dot — is to place an order through an Echo.

So it makes sense that Amazon would consider offering a discounted version of its music service to Echo customers… because by getting people to buy and use Amazon Echo devices, the company is locking people into its ecosystem and making it a little more likely that the next time they need cat food, diapers, a book, or just about anything else, they’ll place an order through Amazon.

What remains to be seen is whether Amazon can work out deals with music labels to offer a discounted version of its service. There’s a reason most rival music streaming services have the same price… but perhaps Amazon will be able to get away with a discounted option by pointing out that tying the cheaper plan to an Amazon Echo will keep people from listening on a phone or other mobile device.

Amazon already has a (sort of) cheaper plan. Amazon Prime members can pay $99 per year for free 2-day shipping on millions of products, the ability to stream thousands of TV shows and movies, and access to Amazon Prime Music. But while Prime Music is a nice perk for existing subscribers, the ad-free music streaming service has a content library that’s much smaller than those offered by Spotify, Apple, Google, Microsoft, and others.