Amazon has never been shy about tooting its own horn, regularly issuing press releases proclaiming excellent sales figures for the Kindle line of eReaders or more recently the Kindle Fire tablet. But the company has been reluctant to actually say just how many devices it’s sold. 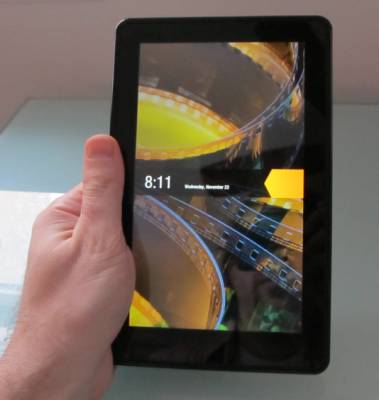 Now the folks at iSuppli have put together an educated guess. They say that Amazon moved about 3.9 million Kindle Fire units in the 4th quarter of 2011, which would make it the second most popular tablet during that period.

Apple’s iPad still takes first place with a 57 percent market share to Amazon’s 14 percent. But according to Amazon, the introduction of inexpensive Kindle Fire and NOOK tablets toward the end of 2011 shook up the market quite a bit, prompting many other tablet makers to lower prices to compete.

The NOOK Tablet, incidentally, came in 4th place with shipments of around 1.9 million according to iSuppli.

There’s no good way to confirm those figures. Amazon has given us a bit of an impossible-to-solve math problem, letting us know that the company shipped a million Kindle devices per week for a number of weeks, and that the top-selling device was the Kindle Fire. But there’s no way to know just how many people have bought Amazon’s Android-powered color tablet and how many have bought Kindle eReaders with E Ink displays.

Apple, on the other hand, regularly issues statements letting the public know exactly how many devices the company has shipped.

While iSuppli isn’t just throwing numbers at a dart-board since the company has sources in the supply chain, I’d take the company’s estimates with a grain of salt.