Amazon’s Echo line of smart speakers and smart displays has exploded in recent years… but one thing the company hasn’t offered is a portable, battery-powered Echo.

Now the company has one of those too. 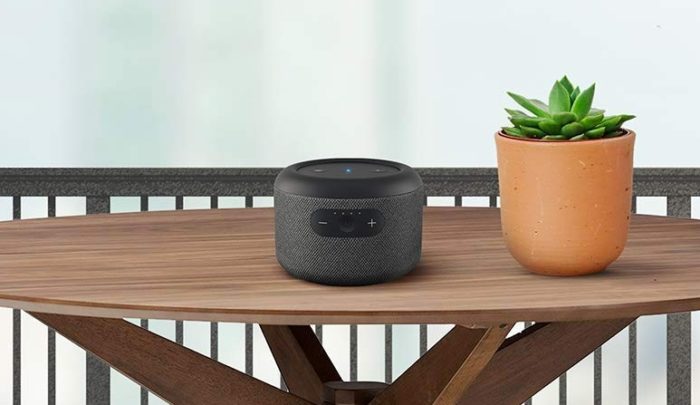 The new Amazon Echo Input is a compact, 360-degree speaker with up to 10 hours of battery life while playing music, 4 LEDs to show the battery level, and microphones that let you talk to Amazon’s Alexa voice service.

The Echo Input is available for pre-order in India for 4,999 rupees (about $70), and it’s set to ship December 18th. Amazon says the portable speaker will eventually be available in other markets as well.

One thing that has me scratching my head a bit about Amazon’s newest Echo though, is the name. Amazon already has a device called the Echo Input — the company sells an inexpensive device with that name which lets you add Alexa functionality to any existing speaker. I wonder if that’s in indication that:

Anyway, while the new smart speaker is the first Echo-branded device with a battery, it’s not Amazon’s first portable smart speaker with Alexa support. That would be the Amazon Tap, which was first introduced in 2016 and never replaced with a new model after Amazon stopped making the speaker.

Meanwhile, folks outside of India who are itching for a battery-powered, Alexa-enabled speaker can always look for a third-party option like the UE Blast or pick up a third-party battery base station for existing Echo products.