About two years after introducing a tiny media streamer that plugs into the back of any TV with an HDMI port, Amazon is updating its Fire TV Stick with a new model sporting an updated processor, faster wireless connectivity, and a new remote control that has a built-in microphone and support for Amazon’s Alexa voice service.

But there’s one thing that’s not changing: the price. The new Fire TV Stick is up for pre-order for $40 and expected to ship starting October 20th.

That’s the same price as the original Fire TV Stick, and $10 cheaper than the price Amazon had been charging for a Fire TV Stick + Voice Remote up until now. 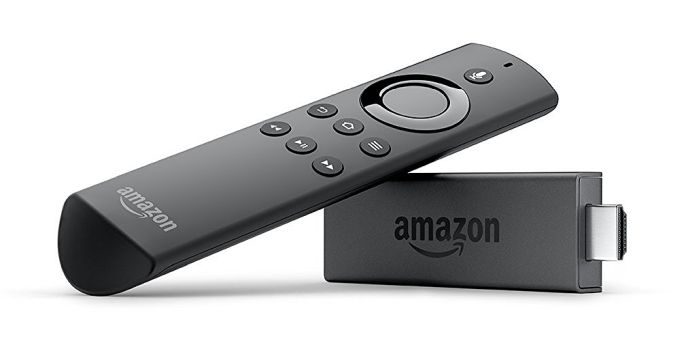 If the only thing Amazon changed was the price for the Stick + Voice Remote, the new model would have still been a pretty good value. But at a time when Roku has just updated its entry-level media streamers (and Google is expected to launch a new model soon too), a bit of a hardware upgrade was probably a good idea.

So here are a few other things Amazon has changed: the old model worked with 802.11b/g/n WiFi networks. The new model has 802.11ac MIMO support. The original Fire TV Stick had a dual-core processor. The new model has a 1.3 GHz MediaTek 8127D quad-core chip with Mali-450 MP4 graphics. And Amazon says its new Fire TV Stick can support HEVC streams as well.

One thing that the new model does not support? 4K content. For that you’d need to pay more for a larger (and more powerful) $100 Amazon Fire TV.

Other features include 1GB of RAM, 8GB of storage, Bluetooth 4.1, an HDMI connector, and a micro USB port (for power). Amazon also says there’s “optional” support for Ethernet, suggesting that you may be able to connect a USB-to-Ethernet adapter.

The Fire TV Stick works with thousands of apps, games, and channels including Amazon Video, Netflix, Hulu, and HBO (but not Google Play Movies) and the Alexa Voice Remote lets you search by voice, control media playback with commands like “go back 30 seconds,” or get answers to questions.

Amazon says customers who buy and activate a 2nd-gen Fire TV Stick by October 31st will also get a $10 Amazon Video credit and other offers worth a total of $65, including credits for new Hulu and Sling TV subscriptions.