It’s been about half a year since Amazon expanded its Echo line of connected speakers with the introduction of a $90 Amazon Echo Dot and $130 Amazon Tap. 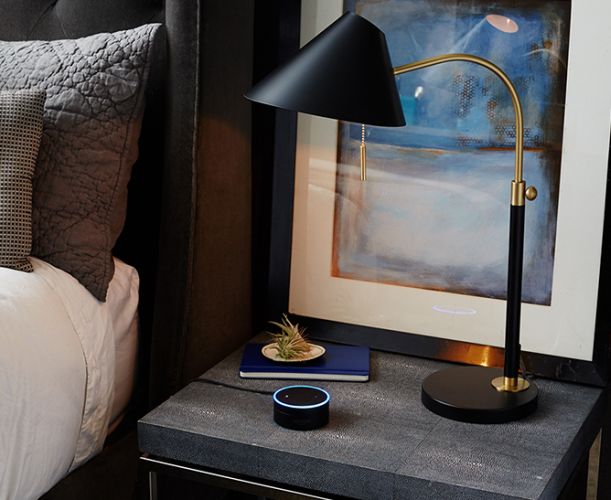 The Amazon Echo was the first device to use Amazon’s Alexa voice service. The $180 device is an internet-connected, Bluetooth-capable speaker with far-field microphones that can pick up your voice from across the room, even in a noisy environment. You can ask Alexa questions, use it to add items to your shopping list, get news and traffic updates, and even play games.

Since launching the $180 Echo in 2014, Amazon has opened up Alexa to third-party hardware developers, so the service is baked into a growing number of products from Amazon and other companies. But it’s pretty clear that Amazon views its Siri/Cortana/Google Assistant-competitor as a key selling point for its own products.

Alexa is now built into Amazon’s Fire TV and Fire tablets, as well as its Echo, Tap, and Dot.

With a $50 price tag, the new Echo Dot would be one of the cheapest ways to bring Alexa into your home.

The original Echo Dot was basically a small speaker with audio output jacks, allowing you to either use the device like a sort of clock radio with a lousy built-in speaker or hook it up to your stereo system for better audio.

It’s not clear yet what, if any changes Amazon has made to bring down the price of the new model. It’ also unclear if you still need to order an Echo Dot through Alexa. The original model was not available for purchase directly from the Amazon website.