Amazon isn’t just taking pre-orders for its new Kindle Fire and Kindle Fire HD tablets in the US. For the first time, the tablets are also available internationally. You can place orders with Amazon in France, Germany, Italy, Spain, and the UK. 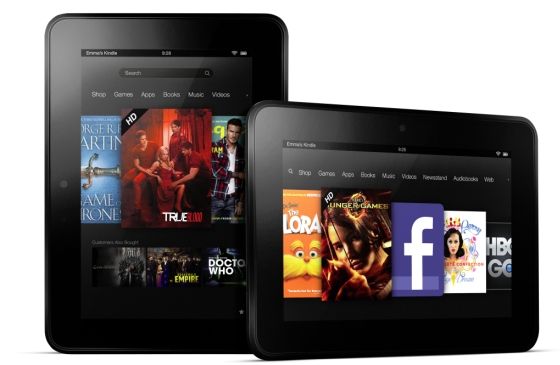 Amazon is charging £129 for the Kindle Fire in the UK, and €159 in countries that use the Euro.

The Kindle Fire HD is going for £159 in the UK and €199 elsewhere. Those prices are a little higher in Europe than in the US, since Euros and pounds tend to be worth a bit more than dollars these days. But taxes are also generally higher in Europe as well.

Another reason for the price difference is that Amazon will ship the Kindle Fire tablets with “special offers” or advertisements on the lock screen in the US. The European models won’t have those ads.

With the launch of the new tablets in Europe, Amazon is also now opening the Appstore for Android apps in those countries, as well as offering digital books, music, movies, and other content.

One reply on “Amazon Kindle Fire tablets launch in Europe”