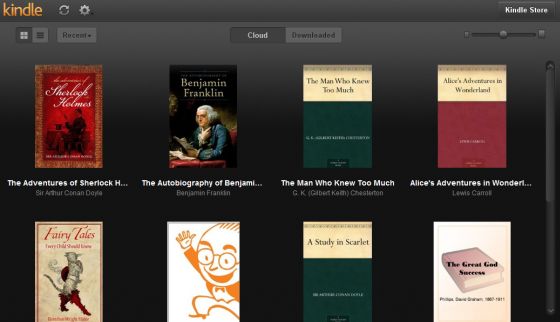 Amazon is holding an event in New York on Wednesday, and plenty of folks are expecting the company to introduce its long-rumored Android tablet. In advance of the event Amazon has announced that it’s reached a deal with FOX to add thousands of TV shows and movies to its online video streaming service and there’s a rumor that the company will offer digital magazine subscriptions from the top periodical publishers in the US when the tablet launches.

Now TechCrunch’s MG Siegler reports that the tablet will be unveiled on Wednesday, but it won’t actually be available for purchase until November. It’s reportedly called the Kindle Fire and that it will have a dual core Texas Instruments OMAP processor, a 7 inch color, backlit display, and the Android 2.3 Gingerbread operating system — although the software will be skinned so that it looks little like other Android devices.

That makes sense, because the Fire isn’t necessarily meant to be an iPad-killer. Instead it will go up against Barnes & Noble’s $250 NOOK Color eBook reader… which also happens to run Android and a limited number of Android apps.

The difference is that while Barnes & Noble has an extensive eBook store and a relatively small Android app store, Amazon already has a fairly well established app store, one of the industry’s largest selections of eBooks, and also an MP3 music store and digital video marketplace. The Fire will likely be positioned as a media consumption device first and foremost, and a general-purpose tablet for surfing the web and running apps second.

Siegler says it’s not clear exactly how much the tablet will cost at the moment, but it could sell for $250 to $300, and it may come with a one year membership to the Amazon Prime service (which normally offers free 2-day shipping on orders from Amazon.com and thousands of digital movie and TV show streams for $79 per year).

TechCrunch has reported in the past that the device will look a lot like a BlackBerry PlayBook, and gdgt’s Ryan Block dug up a good reason for that — apparently both devices were produced by Taiwanese ODM Quanta. In fact, the Kindle Fire may simply be based on the designs Quanta already user for the PlayBook tablet.

Block says he’s hearing that Amazon rushed the tablet to get something out by the end of the year, and Quanta and Amazon may have had to cut some corners — but that he expects future generations of the tablet to be of higher quality.

One reply on “Amazon Kindle “Fire” Tablet coming in November?”