Amazon has decided to enter the $499 tablet space by offering a tablet with an HD display, 32GB of storage, and 4G LTE wireless data. While it’s the most expensive Kindle Fire tablet, the Kindle Fire HD with 4G LTE

is also one of the cheapest tablets available with 4G — especially when you factor in the cost of a data plan.

Amazon has announced that for $49.99 per year, customers will be able to use up to 250MB of data per month. They’ll also get 20GB of online storage, and a $10 Amazon appstore credit. 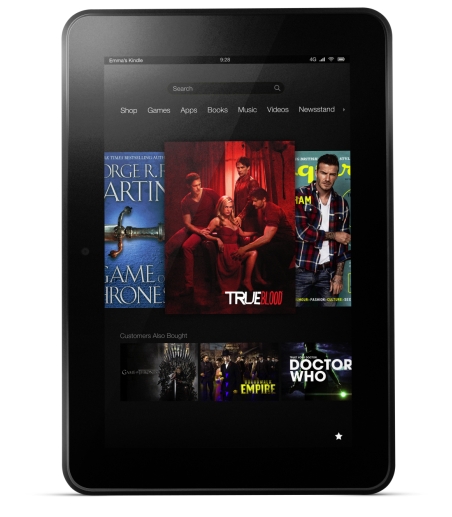 4G service will be provided by AT&T, and Amazon says customers will also be able to upgrade to data plans with 3GB or 5GB of data per month… but pricing for those plans hasn’t yet been revealed.

Of course, 250MB isn’t all that much data. I’ll be curious to see what other plans are available for heavier data users — but if you plan to use your tablet mostly around the house or in other locations with WiFi, but want to be able to check your email on the go, this is a pretty fantastic price.

Aside from the 4G, the new tablet is basically the same as the WiFi-only model Amazon introduced today.

You can pre-order the new Kindle Fire HD with 4G today, and it will ship starting November 20th.