Amazon is cutting the price of its 8.9 inch tablets. Starting today you can pick up a Kindle Fire HD 8.9 for $269

, which is $30 cheaper than the tablet cost yesterday. 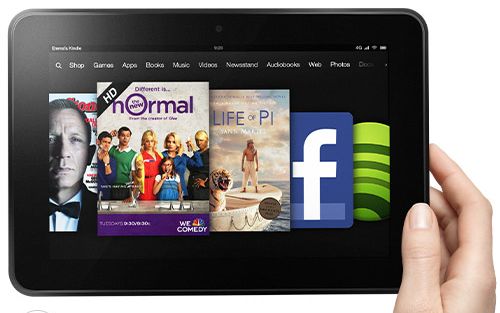 What they don’t include is access to the Google Play Store, which has hundreds of thousands of free and paid apps, many of which aren’t available from Amazon’s app store. If you really want to turn the Kindle Fire HD into a full-fledged Android tablet though, there’s a hack for that.

For $269 you can now pick up a Kindle HD 8.9 with 16GB of storage and advertisements on the home screen and lock screen. Or you can pay extra to remove the ads or upgrade to 32GB of storage.

Amazon also announced that the Kindle Fire HD 8.9 is now available in Europe and Japan.